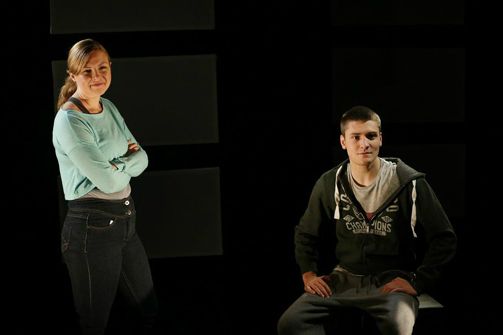 BOTTOM LINE:  A gripping, understated, and brilliantly-written look at the overt and covert political tensions that surfaced in the aftermath of the 2011 London riots.

Slightly less than three years ago, in the aftermath of the police shooting of an unarmed 29-year-old Tottenville man, riots broke out in several London boroughs and quickly spread throughout England. According to news reports, during the four-day melee, 2,500 shops and businesses were looted, 230 homes were burglarized, four buses were set on fire, and five people died. All told, the fracas caused property damage estimated at 200 million pounds and led to the arrest and conviction of 1,300 people -- many of them male teenagers. For conservative Prime Minister David Cameron, the outbreak was evidence of the nation’s moral collapse and pundits wasted no time in blaming lax parenting, and specifically the burgeoning number of women-headed households, for what had transpired.

Chalk Farm addresses all of these issues and tells the story from two distinct, if intertwined, perspectives. First, there’s fourteen-year-old Jamie (played with the perfect balance of wide-eyed innocence and simmering fury by Thomas Dennis) who initially seems oblivious to the rebellion. But is he really as aloof as he appears? During the play’s rapid-fire unfolding, Jamie reveals that he is acutely aware of all that is wrong with a social system that benefits some while affording others neither opportunities nor class mobility. As a resident of The Towers, an apartment complex in the Chalk Farm section of northwest London, he understands how hard his single mom (performed with a mix of tenderness and Mama Grizzly ferocity by Julia Taudevin) works, and struggles to make her proud. At the same time, he does not want to be a bystander to history and alongside his never-seen friend Junior, he enters a grocery store and begins grabbing what he can, ending up with an empty cash register drawer and a bottle of sparkling wine.

Part of what makes Chalk Farm so remarkable is that there is no interaction between Maggie and Jamie during the hour-long production. Instead, each character delivers monologue fragments that reveal their most deeply-felt motivations, antagonisms, and needs. These intense and revelatory moments are supplemented by 15 flat-screen television monitors that depict what is being described, from the Chalk Farm neighborhood and apartment complex, to the police battalions that battled the rioters, to the raging fires that were lit during the tumult.

Against this backdrop, mama Maggie’s nuanced performance is heart-rending. Her sympathy for the rebellion -- her rage at those who see the working classes as lawless “scum” and who believe women are unfit to lead their families, alongside her simultaneous desire to protect Jamie from any-and-all harm -- packs a tremendous punch. After all, until recently, her little boy carried a Batman lunchbox to school and would not eat sandwiches unless the bread crusts were removed.

By making the political personal, Chalk Farm asks us to decide whether lawless behavior and violence can ever be justified. It also questions whether the periodic outbreak of tension is inevitable. To its credit, the play successfully avoids heavy-handed lamentations and does not preach. That said, as the audience bears witness to mother and son, we’re made privy to the multiple ways that class and gender constrain individual lives. It’s sobering, infuriating, and beautifully rendered.

In the U.S. we call those who hold economic and social power the one-percent. But regardless of locale, the reality is the same. As American anti-slavery activist Frederick Douglass noted more than a century ago: “Where justice is denied, where poverty is enforced, where ignorance prevails, and where one class is made to feel that society is an organized conspiracy to oppress, rob, and degrade them, neither persons nor property will be safe.”

David Cameron -- and his Tea Party comrades across the pond -- would be wise to remember this warning.