Off Off Broadway, Sketch Comedy
Runs through 10.16.18
FringeHUB, 685 Washington Street 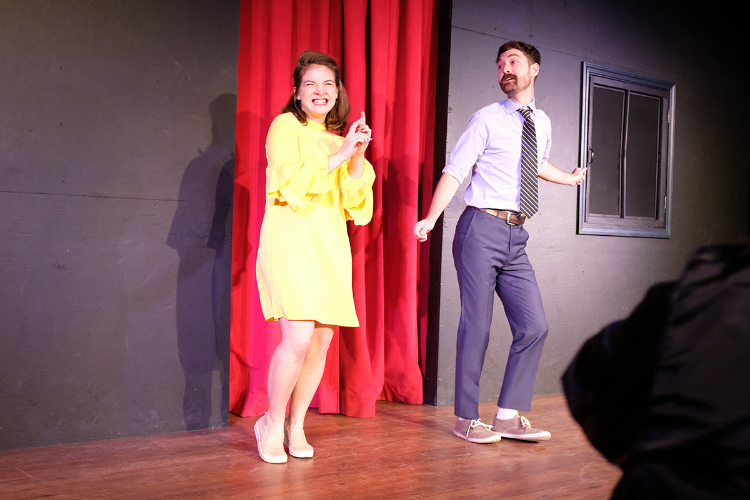 From the second Olivia Nielsen and Patriac Coakley enter the dimly stage with a yellow balloon and a record player, you know that this is not going to be standard sketch comedy. Nielsen and Coakley expertly tackle vastly different styles, even putting on dance and song numbers. The duo show talent for writing, acting, and physical comedy in sketches that explore the difficulties of love and interpersonal relationships.

One scenario is that of a couple recovering from a particularly traumatic marriage counseling session. As they rehash the terrible events, the dark humor becomes more and more hilarious. In another sketch, two pregnant former classmates at a high school reunion share the less-than-ideal circumstances of their lives. Later one of the characters, a former prom queen, reappears and shares a tear-filled dance with her husband, the former prom king—their behavior shows how unhappy they truly are, despite having induced envy in their classmates. Another sketch, this one based in physical humor, shows just how uncomfortable sleeping through the night with a spouse can be. I hope this talented and inventive duo returns to NYC again soon to share more of their comedic brilliance.

The cast is Patriac Coakley and Olivia Nielsen.