Off Off Broadway, Solo Show
Runs through 10.26.18
FringeHUB, 685 Washington Street 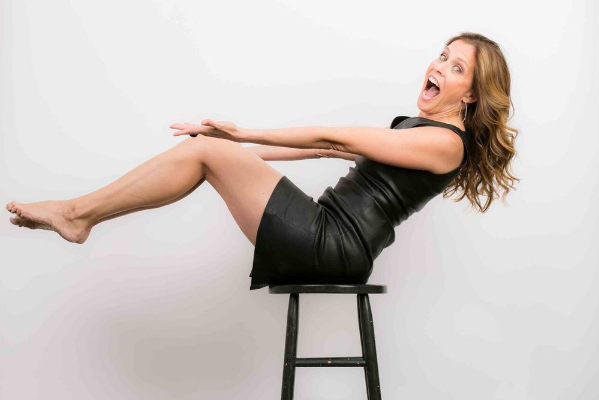 BOTTOM LINE: An uptown girl looks for happiness in all the wrong places. Then comedy changes her life.

Felicia Madison enters the stage, stands behind a mic, smiles, and begins her show by explaining that someone suggested that she write a one-woman show about her life. So, she bought a book on how to do it and this is the result. It is very informal, as though presenting an idea to friends in her living room. Periodically she reads from her diary; from time to time she refers to photographs projected against the back wall.

Growing up in New Jersey was hard. As a teenager in private school, all Madison ever wanted was to be part of the in-crowd. Even the privilege of being upper middle class was never good enough. Her father, a mechanic, did the best that he could but she was embarrassed by his tattoos and the grease under his fingernails. Her mother was always depressed. In college, one sorority did not accept her; she declined the one that did because she felt it was not good enough. Madison married a doctor, moved to the Upper East Side, and had three kids—none of these things made her happy. Over the years she took classes and had numerous jobs, trying and trying to be fulfilled. Nothing worked. After her father died she tried her hand at stand-up, and liked it. Comedy became a tool to work out her issues and the miserable Mrs. Madison began to find enjoyment in life.

The simplicity of the set for Miserable Mrs. Madison works, and the use of images and reading from a diary are effective tools. Madison’s interaction with the audience is nice but she seems a bit too laid back at times, and depends on her comedy to carry the show. The result is a lack of stylistic direction. Given the depth of material, having an outside eye would strengthen Madison’s vision.