Late Night at The Serpent 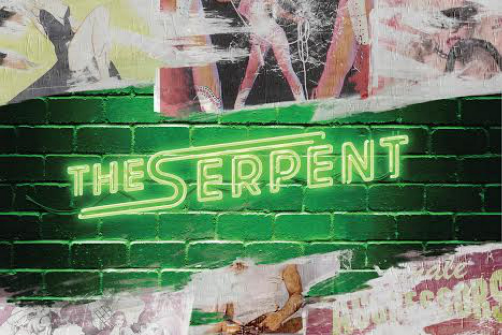 Late Night at The Serpent.

Taking place over the course of a single evening in blizzard-slammed Nashua, New Hampshire, Late Night at The Serpent first introduces us to Ian (Joseph Dalfonso), the general manager of The Serpent, an adult entertainment store. As Ian tends to his colorful merchandise, Pat (Trevor van Uden), a seemingly random patron, rushes in from the growing blizzard in an attempt to find something to help “warm” him up a little. The two strike up a conversation, and something about their interaction suggests they are well acquainted. As it becomes clear that Pat must wait out the storm in the store, the play delves deeper into the mysterious connection, ultimately resulting in an interesting, yet somewhat predictable, climax. There’s no doubt that both men walk away changed, but it’s unclear whether that change is for the better.

Individually, Van Uden and Dalfonso give solid performances, but in a play that hangs on a complicated but incredibly human sense of longing, it’s a shame there isn't more chemistry between the two actors. So while the premise of Late Night at The Serpent is an interesting one, the play ultimately falls a little flat. It’s true the play gives insight into the less common side of what is an extremely topical subject (to mention this subject outright might give too much away), and so Late Night at The Serpent should be commended for that effort. But because this subject is so topical, the story, especially in 2018, does not feel wholly original, nor does it confront the audience with an urgent need to ponder these themes after leaving the theatre.

Late Night at The Serpent is by Ally Sass. Directed by Elizabeth Callahan. Stage Manager is Alex Dunker.

The cast is Trevor van Uden and Joseph Dalfonso.