I Don't Know Shit About Cars

Off Off Broadway, Solo Show
Runs through 10.23.18
FringeHUB, 685 Washington Street 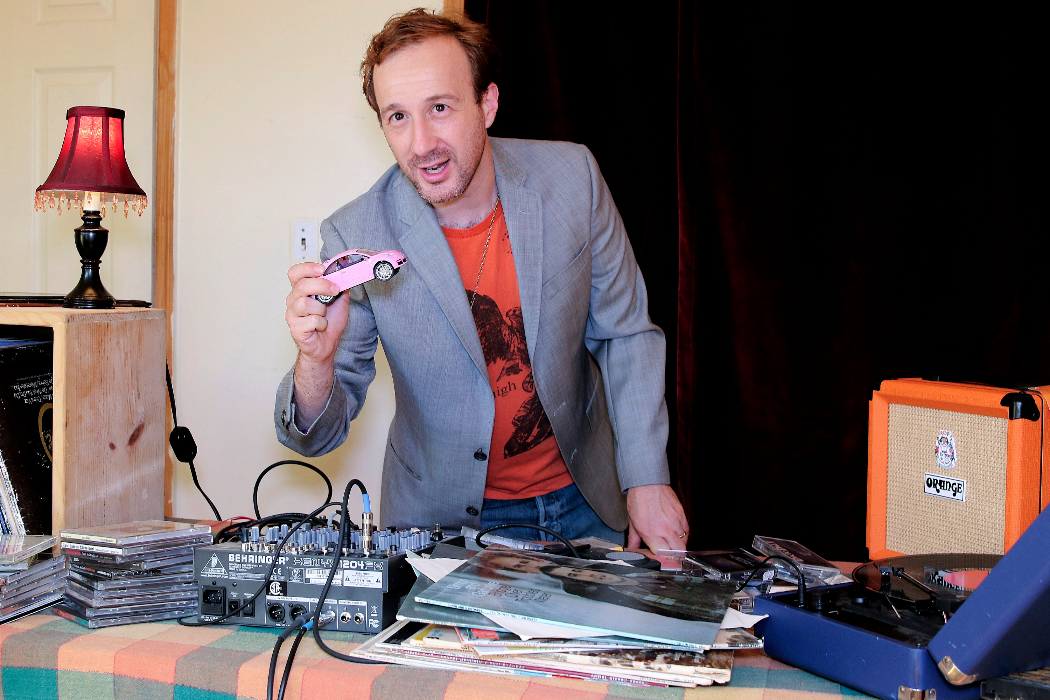 BOTTOM LINE: A jazz DJ grappling with family heartbreaks both past and present tries to make things right on an afternoon drive with his young daughter.

For as far back as he can remember, John (Zac Jaffee) has been able to mark his life with cars or music: his favorite Gremlins tape, his stern grandfather’s car that would wheel them ten minutes down the street to the usual diner, his discovery of jazz. He recounts his closeness with his mother, and also his busy father, who would mark his long-awaited return home with his signature green Toyota Corolla pulling into the driveway. In describing his upbringing, John inevitably reveals details on his parents’ split, his own confusion in switching schools, and his turn to tapes and CDs to mask his own embarrassment. These coming-of-age tales are juxtaposed with scenes of John taking his daughter Jillian on a drive through his childhood neighborhood before the family moves out west. His wife Rachel has been offered a great career opportunity that is threatening to turn their family unit on its head, and the tension becomes tangible as her phone calls interrupt his eager, strangled attempts to be a better father.

In telling this story of family decay, solo performer Zac Jaffee gets to show off his acting chops with well-conceived physical switches from character to character: a wagging toothpick for a nagging aunt, a headset for his DJ persona, a furrowed brow and thick accent for his stick-in-the-mud grandfather. Complimentary lighting and sound design (by Yvette Janine Jackson, live triggered by Jaffee) clearly delineates the shifts in character and environment that are crucial to delivering John’s story properly. This specificity in light and sound is especially impressive considering the measly time for tech and setup given to Fringe productions.

I Don’t Know Shit About Cars accomplishes its goal of immersing the audience in inter-generational guilt and family shame. Through these retellings of family dinners, stealing CDs, and late night drives, the interactions between John and Jillian become colored with this murky nuance. The emotional value placed on CDs and tapes aids in this romantic understanding of the past. We no longer have mixtapes that were manually cut together, or a single copy of an experimental soundtrack titled I Don’t Know Shit About Cars. Now, like the young Jillian in the back seat, we find these same attachments digitally in our iPads, with all of our memories accessible and transferable, safe within “the cloud.” I Don’t Know Shit About Cars places value on these supposedly inferior aspects of the past, and helps make music out of the white noise.