The Thing That Never Happened 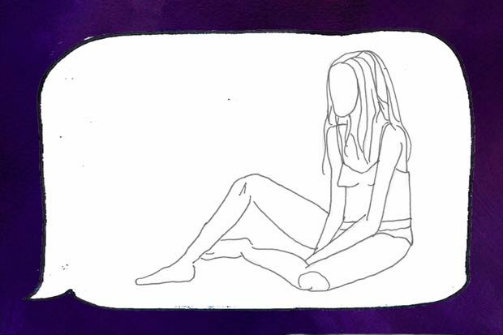 BOTTOM LINE: The Thing That Never Happened is a witty new play that inspects hook-up culture, college relationships, and what should matter most in life.

The Thing That Never Happened revolves around the lives of four friends who are just trying to survive college without going insane. Writer Justine Gelfman does a great job creating real, three-dimensional characters, capturing the lives of women who can talk about both Soul Cycle and second-wave feminism; she presents both trendy and heady concepts without being over the top. This new play perfectly captures the common struggles of a college-aged woman.

The story begins as Ruby (Natalie Rotter-Laitman) shows up to her new job at the college writing center with big plans on how to improve the workplace. Best friends Gigi (Nhumi Threadgill), Agnes (Caroline Reedy), and Isobel (Stephanie Salgado) run the writing center and eventually invite Ruby into their close-knit friend group. Gigi is a future doctor, Agnes is a good Christian with crabs, and Isobel is a fiery party girl obsessed with political correctness. The very distinct personalities make for hilarious moments of comedy on stage. Ruby meets a boy (Daniel Estrella) and the two eventually starts having a “thing.” The story line between Ruby and the boy is all too familiar. The boy charms his way into Ruby’s life (slimy, sticky and yet smooth…”like a Jell-O shot”), is suddenly absent, and then shows up a couple of weeks later to charm himself back into Ruby’s life. But while Ruby is caught up with her boy thing, she misses important moments in her friend’s lives. She is ultimately left to decide what matters most: her friends or boys.

Before the play begins, actress Natalie Rotter-Laitman performs a prologue: she asks the audience to hold hands and play a little game. Those who don’t participate are labeled “the cool girl”—and nobody likes “the cool girl.” This leads into a monologue about the lack of plays that reveal the lives of college-aged girls. Rotter-Laitman soon realizes that she must be the one to write this play.

The writing in this show is witty and clever. Gelfman certainly delivers what she wishes for in her prologue. If at times the main plot becomes a bit unclear, her commentary regarding the absurdity of hook-up culture and many young people’s fear of love is smart and refreshing. All four female actresses bring stellar performances to the stage as they balance moments of serious focus with sidesplitting comedy. At the end of the day, The Thing That Never Happened delivers a hilarious look at the values of friendship.

The Thing That Never Happened is by Justine Gelfman. Directed by Ellie Sachs. Set Design is by Polina Minchuk. Costume Design is by Celine Gruenberg. Lighting Design is by Nyle Farmer. Sound Design is by Ari Shapiro.  Additional Music is by Jonathan Lucas. Stage Manager is by Jessica Mcllquham. Graphic Design is by Collin Quinn Rice. Projection Assistant is Caroline Butin. Assistant Director is Benjamin Pitt.