Molly Marjorie Rosenblatt Needs a Man (and Other Stuff) 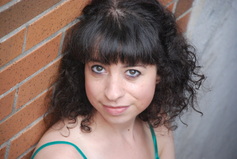 BOTTOM LINE: This quirky musical comedy explores the struggles of living as an actor in New York through song and will appeal to fans of the genre.

The trials and tribulations of a young woman trying to make it as an actress in New York City are explored through the musical style, creating comedic musical numbers that merge the traditional style with such contemporary topics as getting sexually manipulated by boys off of OK Cupid and struggling to make ends meet on a non-existent artist’s salary. Mallory Schlossberg proves herself to be an energetic and ambitious performer in this one woman musical which she wrote, singing, dancing, and acting her way through this story.

All of the musical numbers center on the problems Schlossberg’s character, Molly Marjorie, faces as she tries to make ends meet, find romantic and sexual fulfillment, and go on auditions. While those who enjoy musical comedy will probably find much to like in these songs exploring contemporary dilemmas, the funniest moments in the script come from the nonmusical numbers. Molly’s misery is most strongly felt when she listens to a series of increasingly depressing recorded voicemails including an acting rejection, an overdraft notice from her bank, a call from her mother inquiring about her romantic prospects, and one from her gynecologist telling her that he was just discussing her sexually active status with his wife and realized that she is overdue for an exam. In another scene a dating prospect tells her that his favorite hobby watching porn, but only for the stories of how the characters met.

The foolishness and wackiness of the character makes Molly's songs funny, but also makes the audience care less about her struggles or reflection. Creating a character with a bit more insight and common sense might make her a more intriguing character and give the story more meaning. Some of the movement corresponding to the musical numbers also could have been better coordinated. However, overall, as a performer Schlossberg proves to have talent for singing and comedy. Her endless energy and enthusiasm make this show endearing and enjoyable to watch. Her lyrics also deliver the wry insight of a seasoned New Yorker who has had her share of city specific annoyances.