Ampersand: A Romeo and Juliet Story 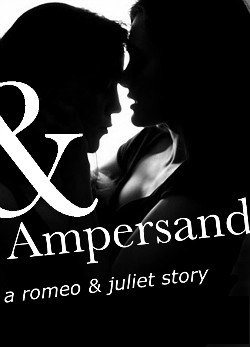 To say that Ampersand: A Romeo and Juliet Story breathes life into a classic would not be doing this spectacular transformation justice. It substitutes folk music for olde English, trades American political punditry for family feuds, and is sexed-up with feathers and drag queens galore. Best of all, Ampersand steers clear of predictability and cliché, and tells an incredibly endearing and fierce love story. I left the theater incredibly satisfied with this new and improved interpretation of the world’s most famous love story, and rightfully obsessed with Mariah MacCarthy’s work.

Ampersand has all the plot points of the Bard’s R&J, but places the star-crossed lovers in Midwestern, small-town America. Their mothers -- played by men in drag -- are political opponents running for Mayor, and have a heated rivalry reminiscent of today’s political atmosphere. The classic set up is all here: Juliet’s engaged to a man that she’s not really interested in but is going along with it to be obedient to her parents, and Romeo is love sick after Rosalind. But in MacCarthy’s Ampersand, Romeo is a female local rockstar who uses her platform to mock Juliet and the Capulet family, and Juliet has a fiery mouth and a drug habit.

As the story goes, Romeo saunters into a masked gala looking for Rosiland but is distracted by different beauty in the crowd. Our Romeo, who has bound herself to disguise as a man, doesn’t recognize a masked coked-out Juliet and seduces her in a hot dance number. The lovers are repulsed when their identities are revealed, but cannot escape their immediate and intense desire for one another. Their attraction is just as electric as Shakespeare’s duo, but the homosexual aspect and the possibility of political fallout from exposure raises their stakes even higher. As the show progresses, the focus shifts towards Juliet’s perspective as she deals with her newfound sexuality, learning how to be loved, and how to love the person you hate.

It’s amazing how Ampersand’s storyline never comes off as forced or unnatural with all the genderbending, drag queen-ery and outrageous color smartly provided in the fun and edgy costume design by Elizabeth Weitzen. MacCarthy creates realism and relatable characters in Ampersand’s farcical world with charming dialogue full of slang and honesty, and isn't afraid to let her characters dork out. Lauren Hennessey as Romeo is downright adorable and sexy -- she plays up the character’s bravado to cover up moments of self doubt, and never asks the audience for pity. Brigitte Choura fantastically conveys Juliet’s many layers, and makes her prissy yet playful, on the brink of a opening her eyes to a bigger world. The scenes when they confess their love for one another are particularly adorable, and MacCarthy isn’t afraid to break the fourth wall to make the audience question their loyalties. Great casting and brave directorial choices paired with this brilliant script makes Ampersand witty, empowering, gut wrenching, and all around painfully true to life.

With all that gushy applause out of the way, let it be noted that this production is not quite perfect. Less musical theater vocal technique and more pretty, folksy voices would better compliment Brian Kirchner’s indie rock score. The repeating theme “Star Crossed Lovers” is catchy, but far too reminisent of Lady Gaga’s "Bad Romance," and the show’s energy would have benefitted from more bold and brazen drag queens then the sometimes flat Capulet and Montague mothers. But Fringe is about works in progress, and with a little sprucing up, this show could be a cult classic with a huge LGBT following.

Ampersand is more then a juiced up version of the same old love story because it explores the real problems of a complicated relationship, asking “how much” is too much. MacCarthy’s "ampersand" explores the sometime harsh implications of being attached to the other side of an “&”. How strong is the bond of the ampersand in the face of close-minded scrutiny, deep rooted adversity, and tragedy? Ampersand: A Romeo and Juliet Story has an answer that will leave you nodding your head, wiping a tear, and wanting more.