$30; $15 for students, seniors and working artists

Off Off Broadway, Immersive Play
Runs through 12.5.21
The Space at Irondale, 85 South Oxford Street 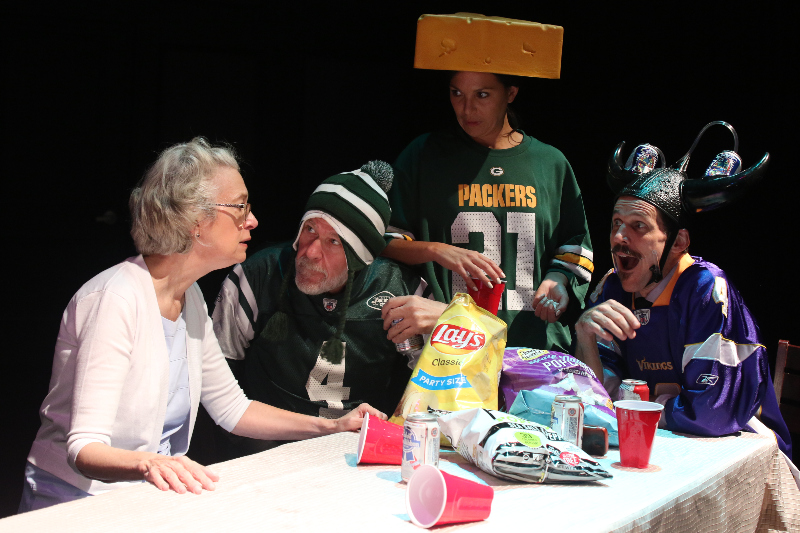 BOTTOM LINE: A mad-good cast of five wears multiple hats in this promenade adaptation of Alice in Wonderland.

“We are all mad here. I’m mad. You’re mad” proclaims the Cheshire Cat in Lewis Carroll’s famed novel. And when Alice asks “How do you know I’m mad?” he simply replies “You must be or you wouldn’t have come here.” It always seemed to me that anybody who is attending an immersive show has to be a little bit mad, or at the very least adventurous. It is the spirit of whimsy, of exploration, that makes the immersive format a perfect fit for Alice's Adventures in Wonderland, where the audience members, much like the title heroine, are venturing into a journey to the unknown.

You probably heard of Then She Fell by Third Rail Projects, a choreographic immersive adaptation of Carroll's novel, which ran for seven and a half years in Brooklyn and inspired a whole new generation of immersive theatre-makers. The show permanently closed at the beginning of the pandemic. So it feels somewhat symbolic that Irondale Ensemble Project reemerges after the shutdown with their own version of the beloved story. It's a different company, and a very, very different Alice.

Irondale Ensemble Project invites small groups of up to 25 audience members to jump down the rabbit hole together. alice…Alice…ALICE! closely follows the original text of the novel, necessarily shortening, or outright omitting, some of the scenes. We follow curious Alice (Vicky Gilmore) from one encounter to another, mostly sitting or standing around the performers as the action unfolds. The Space at Irondale, a vast and gloomy Sunday school converted into a performance venue, hosts the various inhabitants of Wonderland, all performed by the diverse cast of five.

Given the small cast, each actor naturally plays multiple roles, and their chemistry stays intact from scene to scene and is contagious. At one point I found myself bursting into dance with the Cheshire Cat (Michael-David Gordon ), at another answering out loud to Mock Turtle (Terry Greiss)—such reactions aren’t necessarily built into the script, but the moment compelled me to step forward. The minimalist production features simple costumes and props, and uses bare walls (and occasionally some drapes), exploring many of the various nooks and crannies of the two-level space. But the scarcity of production design is balanced out by the radiant performances and lavish live music accompanying every scene.

The sweet naivete of theatrical tricks employed to show Alice’s changing size at the beginning of the show is followed by a blow from reality. Instead of a hookah-smoking caterpillar on a mushroom, Alice meets with a psychiatrist (Joey Collins). Suddenly the heroine's inability to answer the simple question “Who are you?” receives a whole new meaning. In the scenes that follow, fantasy and nonsense continue to mix with everyday realities like living in a nursing home or defending oneself in a totalitarian regime. The deliberate confusion, the intertwining of joy and anxiety in this reading of Alice, is a brilliant find of director Jim Niesen. I only wish he went further down that rabbit hole, emphasizing the topic of aging even more.

(alice…Alice…ALICE! plays at The Space at Irondale, 85 South Oxford Street, Brooklyn, through December 5, 2021. The running time is 90 minutes. Performances are Thursdays through Saturdays at 7:30 and Sundays at 5. Proof of vaccination and masks required. Tickets are $30; $15 for students, seniors and working artists. For tickets and more information visit irondale.org.)