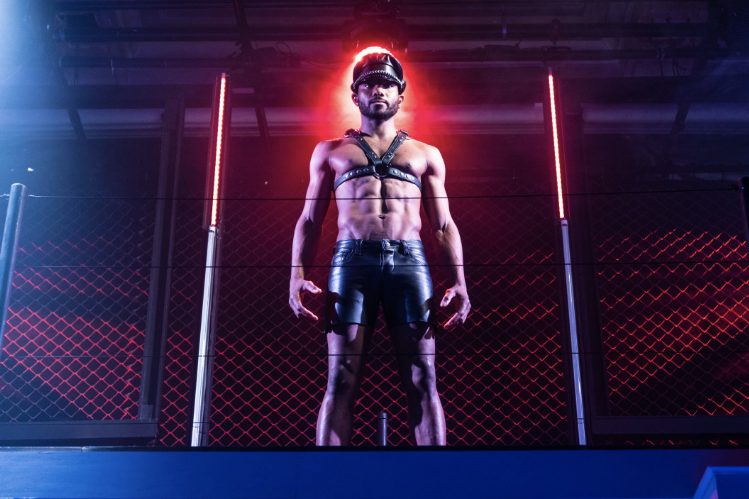 BOTTOM LINE: safeword. doesn't necessarily play it safe, but it also fails to be a compelling evening of theatre.

Though Gelman's writing is educational, most of the play that doesn't have to do with the intricacies of bondage is not believable, starting with the fact that they all conveniently live in the same building. Somehow Lauren and Chris quickly become best friends, but it's unclear why. Lauren mostly just asks Chris awkward questions. The bigger problem is that Gelman also directs, as he did with Afterglow, and it seems as if he instructed every actor to take a long pause before answering another. This makes the dialogue feel stilted and the evening drags on, but there is no safeword we can say to make it end sooner.

The design elements are solid, especially Fabian Fidel Aguilar's costumes, which immediately tell you who these characters are, more than the writing does. If Gelman continues to write about topics that theatergoing audiences may not be familiar with—a noble exercise—he would do well to spend more time developing his characters, and perhaps find someone else to direct.

(safeword. plays at American Theatre of Actors, 314 West 54th Street, through July 7, 2019. The running time is 90 minutes with no intermission. Performances are Mondays, Tuesdays, Thursdays, and Fridays at 8; Saturdays at 3 and 8; and Sundays at 2 and 7. Tickets are $69-$89. For tickets and more information visit safewordtheplay.com.)