Written and Performed by Joan Kane; Directed by Bruce A! Kraemer
Produced by Ego Actus as part of United Solo Theatre Festival 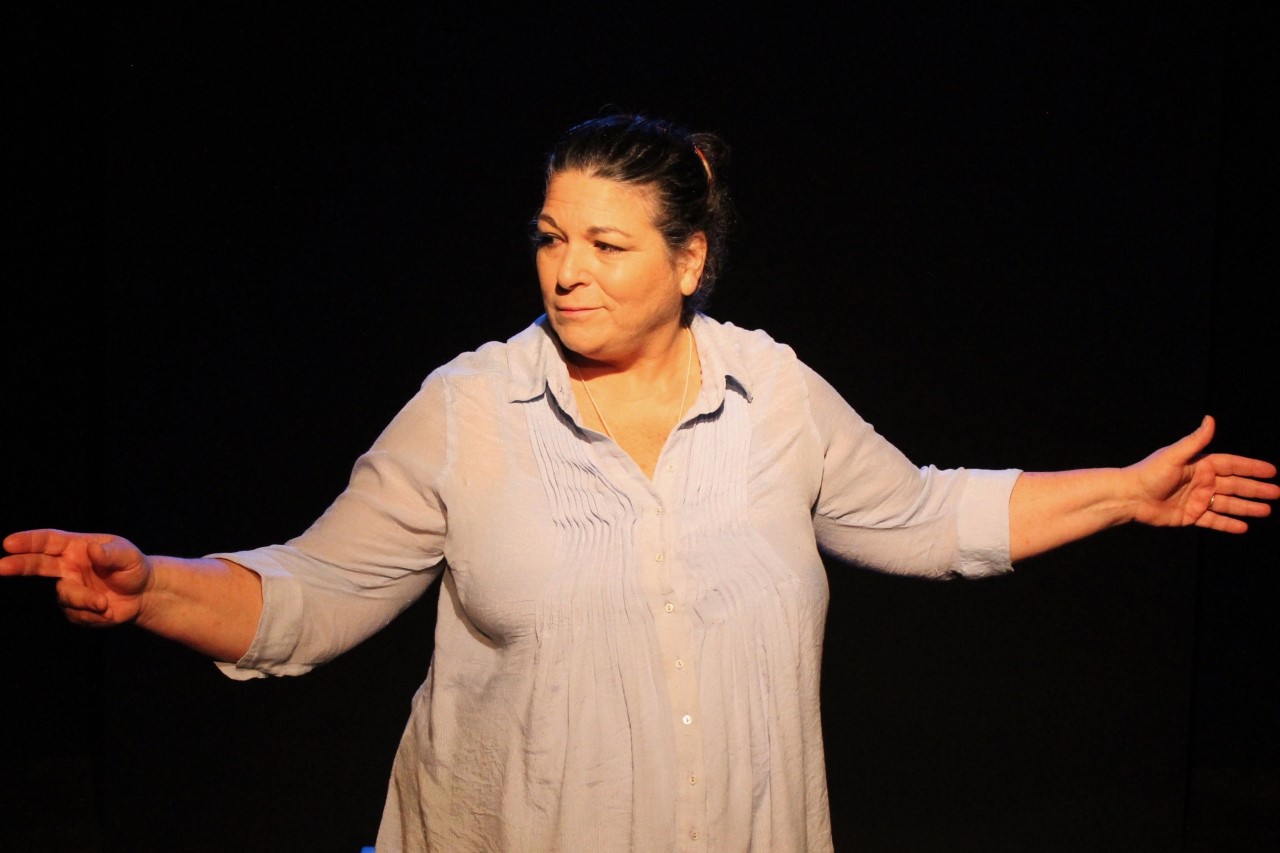 Joan Kane in Almost 13. Photo by Bruce A! Kraemer.

BOTTOM LINE: Being yourself is worth it, no matter what people say.  Joan Kane takes the stage to tell her Brooklyn childhood story.

Joan Kane’s Almost 13 is one of a best-of performances at the tenth season of United Solo. I saw the first performance, a sold-out show, and unlike many shows at the festival, there is at least one additional performance. Get your tickets now.

1969 South Brooklyn—a neighborhood which, we are told, no one ever thought of calling “Park Slope”—is a quiet place where most local homemakers (or “biddies”) would sit on their stoops and gossip. Since their parents separated (good Catholics did not divorce), Joan and her brother are being raised by their hard-working mother. A working mom means leaving the children on their own a lot (not to mention that she “takes a job away from a man”), quite an affront to other people’s morality. Meanwhile, those of age are drafted to Vietnam and younger youth gangs keep diverse populations off the streets.

At age 12, Joan plays outside and does all the things children might do. Or rather, if only she and her brother could sell lemonade or fish coins out of the sewer grate, they would go to Coney Island. The repartee that Joan’s characters have with each other is really something to see. We get to watch the confused biddies go at each other and Joan and her brother figure out growing up largely on their own. Unfortunately, there are those who envy Joan's independence and want to teach her a lesson. But as the show’s postcards state, Joan is a kintsugi girl. This refers to the Japanese artistic practice of taking pieces of shattered pottery and reassembling them using a gold glue. Don’t we ultimately look more beautiful and feel more powerful that way?

Joan clearly survived whatever dangers lay in wait for her in the 60s. This story is lovingly told by a powerful artist, one whose work has mostly been of the behind-the-scenes variety—if you like solo shows, this is definitely a performance you will want to see. Hats off to Joan Kane for telling this story, under the direction of the enlightened Bruce A! Kraemer.  Everyone seems to be taking on new roles in this play, exploring the past together to find hope and inspiration.

Almost 13 is written and performed by Joan Kane. Directed and designed by Bruce A! Kraemer. Costume Design by Cat Fisher. Composer and Sound Designer is Ian Werhle.