Written and Performed by Terri Mateer 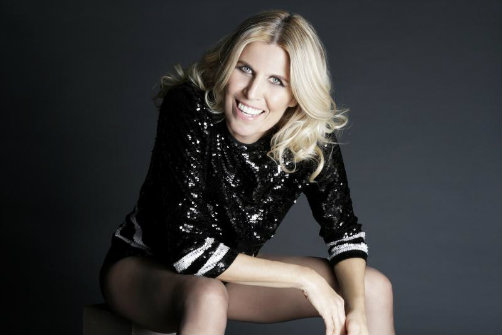 Terri Mateer in A Kind Shot. Photo by James Hollywood.

BOTTOM LINE: Basketball player Terri Mateer's A Kind Shot feels particularly timely, but it could benefit from a director.

There is no doubt that Terri Mateer has had a fascinating life. She was a pro basketball player in France. She's also had to overcome sexual abuse from many men, which makes her story resonant with the #MeToo and #TimesUp movements. Because of this, her story is worth hearing, even though she isn't the most natural performer.

When the show begins, Mateer asks the audience questions about basketball, trying to gauge how much we know about the sport. The give and take is a little awkward with too many silences, but then she goes into her life story, speeding quickly through her childhood with stories like finding her hippie mom and her friends looking at their vaginas or getting good at basketball in the hopes of getting a scholarship so she could study architecture. But Mateer goes through each event, like how her high school coach showed her how to give him a hand job during Driver's Ed, so quickly that there is barely time to process any of it. Maybe that's the point—because she didn't process all this herself until later—but it adds to an overall unfocused effect. It doesn't help that she sometimes pauses in a way that's unclear whether she's forgotten a line or it is just part of her acting style.

No director is credited; one could probably have helped her overcome these issues. It almost all comes together at the end, and there's an important lesson—even if you are tall and strong and athletic, you can still be a victim of sexual harassment and abuse. There is a talkback after each performance and Mateer even puts her email address on the program. She clearly wants to connect with her audience and I hope her story helps others in similar situations.

A Kind Shot is written and performed by Terri Mateer. Lighting and Sound Design is by Brian Mateer. Dramaturgs are Lee Brock and Seth Barrish.