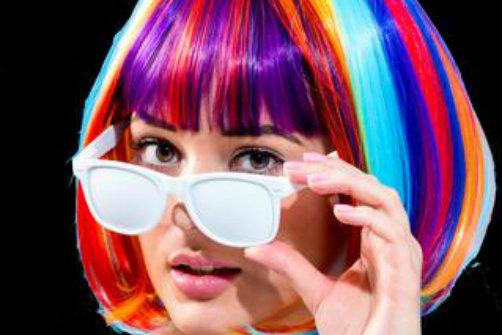 BOTTOM LINE: A public scandal sparks a battle of wills between a young pop star’s ruthless promoter and tormented mother.

The pop music landscape is fertile ground for tragedy, its volatility and competition driving countless talented-but-troubled performers to ruin. More strikingly, this industry thrives on the scandals it breeds, as managers, publicists, and media leverage such moments for additional gain. Through the story of a tortured teen star, Image reveals the music world’s dark underbelly, exposing the deceit, corruption, and pain behind its seeming glamour.

Image begins in a swirl of crisis, shortly after a heroin overdose lands Gianna, a popular young singer, in intensive care. Her manager Corbett (Jack Garrity) and publicist Andrea (Anne-Marie Cusson) scramble to address the fallout, less concerned with Gianna’s well-being than with their own efforts to manage the scandal and milk it for further attention. Their plans for a lucrative, three-pronged comeback campaign hinge on the approval of Gianna’s mother Nicole (Lisa Bostnar), who holds exclusive rights to her teenage daughter’s image. With hours till Gianna’s story goes public, Corbett sends Andrea to Nicole, believing she can prompt the vulnerable woman to sign away control.

Intercepting Nicole in the hospital’s chapel, the shrewd Andrea proceeds to probe her every weak spot, disarming her with false sympathy and framing Corbett’s machinations as protective. Yet Nicole’s grief and New Age convictions belie a steely astuteness: guilt-stricken over Gianna’s downslide and her previous compliance, she now sees through Andrea’s lies and fights to save her daughter from further harm. As the women battle for Gianna’s future, we discover the toxic environment that bred her decline: overworked, hyper-sexualized, and exploited by those closest to her, Gianna seems all but fated to self destruct. Jack Rushen’s script simmers with dramatic tension as Andrea’s conscience hinders her efforts to close the deal, and Nicole confronts the possibility that her desire for Gianna’s success may have jeopardized her daughter’s safety. Gregory Fletcher’s simple staging speaks volumes: Gianna’s absence an entity unto itself, and Corbett’s silent background presence an icon of the control and surveillance governing the play’s world.

Image’s topicality makes the piece especially chilling, and we need not look far to witness its themes in action. As corporate star-makers like Disney churn out young talent, and famous singers speak out against the sexual violence, emotional abuse, and financial exploitation of their youth, we see the pitfalls of growing up in the spotlight. Through Gianna’s story, the play calls us to question the nature of overnight success, and look critically at an industry more focused on profiting from than protecting its clients. Celebrity scandals may titillate, but, as Image shows, their hype should not surpass our humanity.

Image is written by Jack Rushen, and directed by Gregory Fletcher. Stage Manager is Priscilla Villanueva.

The cast is Lisa Bostnar, Anne-Marie Cusson, and Jack Garrity.