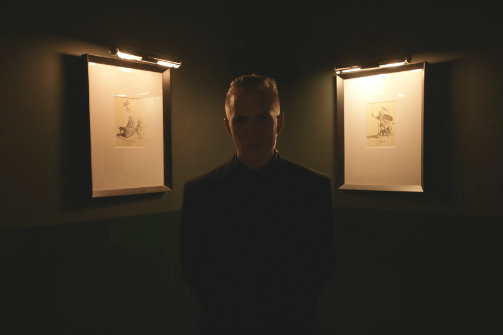 A glimpse of Paradiso: Chapter 1. Photo by Caleb Sharp.

BOTTOM LINE: Action-packed yet often confusing, Paradiso: Chapter 1 can be enjoyable if you don’t take it too seriously.

Escape rooms are a somewhat recent genre of immersive entertainment: a group of people is locked in a room (or rooms) and must solve puzzles in order to escape. Kind of like Saw, but without being forced to cut off your leg. Aided by some teasing text messages in the days leading up to the experience, Paradiso: Chapter 1 (will there be other chapters?) attempts to provide a narrative frame for this kind of experience—something about nefarious scientific experiments on escape being conducted by the ominous Virgil Corporation.

There’s more to the story—peppered frequently by references to Dante’s Divine Comedy—but ultimately little of it is relevant to the main event: solving the puzzles and escaping the rooms. Or at least, that’s what I took to be the main event, which might explain my disillusion. In Paradiso, the puzzles never exactly take a back seat, but are often overshadowed by the theatrics. The lighting is often a bit dim for what you need to do (you’ll find your phone’s flashlight app helpful), and the hysterical (and uncredited) actors—purportedly there to fill in the backstory (and provide clues)—can sometimes get in the way of success.

The result is often confusing, especially if your group is on the large size (there were 12 in ours). Some participants are given secret clues, and others are told to perform certain actions—whether these clues or actions are integral to the puzzle-solving or mere distraction is impossible to say, even afterwards. If you pay close attention you’ll grasp the key elements, but it’s likely that something crucial will occur as you’re busy somewhere else, and all of a sudden a door will open and you’ll be whisked off to the next task.

The puzzles at hand aren’t all that difficult, especially for inveterate puzzlers, who may even find themselves ahead of the game at times. What’s truly challenging is corralling a group of strangers to work together without being distracted by the “story” that continually demands attention. Even if you figure out how to solve a puzzle, you may need to get someone (or everyone) else to stop what they’re doing and join in, or else you’ll somehow have to ascertain that a missing piece isn’t actually missing, just in the hands of someone who has no idea what’s going on.

In trying to be an escape room and an immersive theatre experience and a feast of design and special effects, Paradiso doesn’t fully satisfy in any area—each element tends to obscure the others. And if you are a hard-core, no-sleep-until-solved type of puzzler, Paradiso might prove more irritating than enjoyable: the game ends when the clock does, whether or not you've solved it (which, depending on your group, may well be out of your control). But for those who can take the whole thing less seriously, it's certainly an energetic, mind-whirling way to spend an hour that will provide plenty to talk about afterward. Especially if you have a group with disparate interests, or want something different to accompany a meal in Koreatown, Paradiso offers a solid entertainment option.

Paradiso: Chapter 1 is created and directed by Michael Counts and produced by Immersive Escape Productions. Set Design is by Katie Fleming. Lighting Design is by Ryan O'Gara and Conor Mulligan. Sound Design is by Caleb Sharp. Costume Design is by Tricia Barsamian. Projection Design is by Matthew Haber and Phillip Gulley.