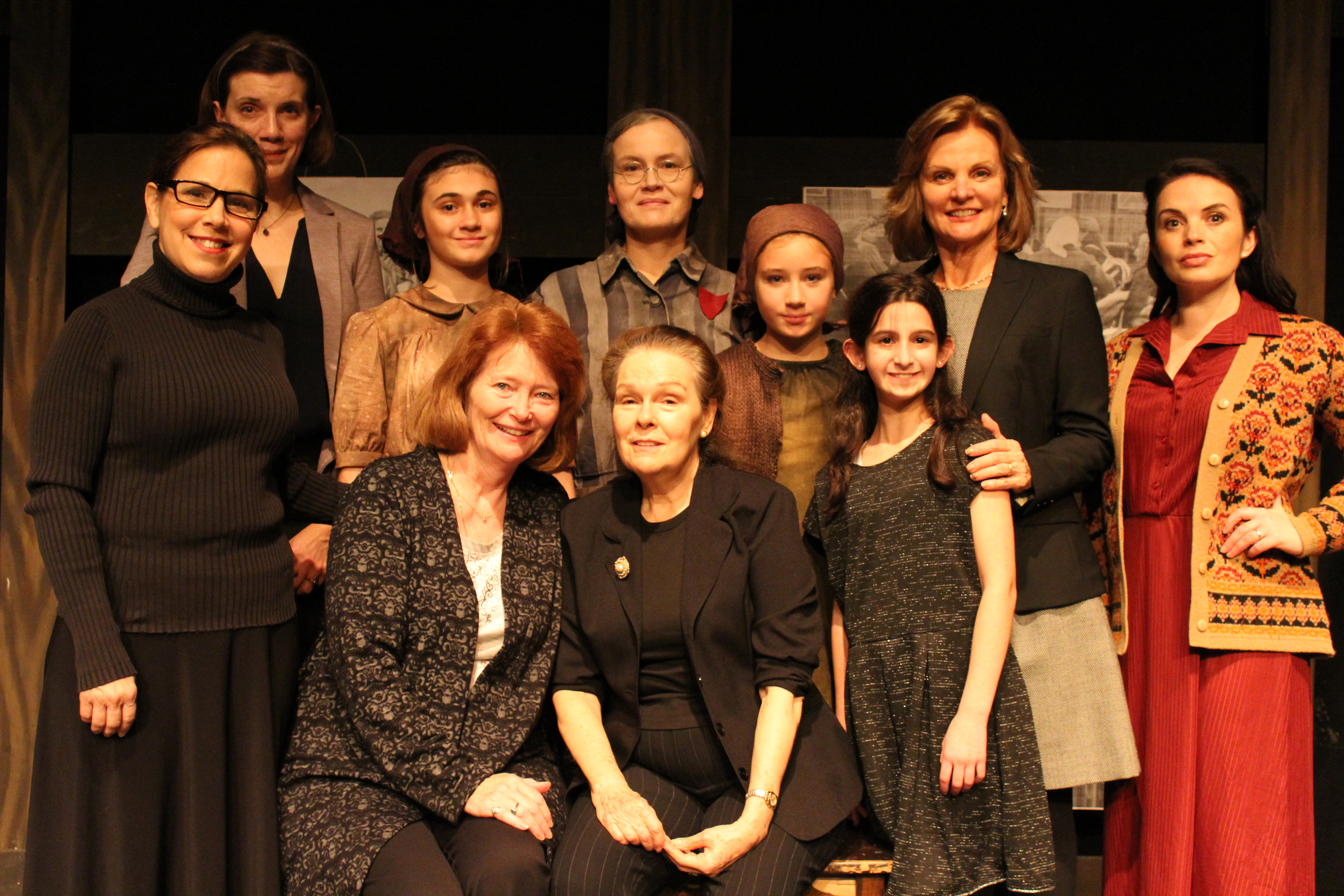 BOTTOM LINE: A heart-wrenching glimpse into the constant struggle of Holocaust survivors and their families.

From Silence opens with a chilling medley of news clips from tragedies like 9/11, the Boston Marathon bombing, and the Newtown shootings. By the time Holocaust survivor Esther Gold, played by the cold yet strong Karen Lynn Gorney, enters accompanied by her past selves Young Esther (Shannon Harrington) and Adult Esther (Krystal Rowley), a dark tone has been set for the evening. Esther races around her apartment, and debates answering the phone as she awaits the arrival of her daughter Deborah (Audrey Heffernan Meyer) and perky granddaughter Elaina (Jessica Gollin). Esther's thoughts are spoken through her past selves. The irrational, panicked thoughts come from the emotional, terrified and dirty faced Young Esther, her identity from the concentration camp. The more coherent, soothing thoughts urging Esther not to lose her sanity come from Adult Esther, Esther’s identity as a young mother, as she desperately tried to hold her mind together for her children. Both actresses convey these vastly different emotional states beautifully and consistently, with Gorney the believable rock who holds the trio together.

After the audience’s brief introduction to the psyche of Esther Gold, daughter Deborah enters with the news that granddaughter Elaina’s temple is on lockdown and there is a shooter running loose. This sparks a fascinating journey into the mind of Esther as she waits for further news about her granddaughter. As a Holocaust survivor, Esther lives her life on two planes: the past and the present. As such, the scenes jump around, demonstrating how the past (both Esther's time in the concentration camps, and her struggle to readjust) influences the present.

Some of the most effective time jumps are the jarring scenes displaying Esther's experience during the Holocaust staged against a barren, wooden plane; she relives these memories to stop the “past burning her throat,” even though she will not dare reveal them to her family. Nora Falk demonstrates great strength as political prisoner Erika Bachmann and Tori Murray lights up the stage as Maria Sofia, a girl who takes great pride in her half-Aryan heritage until the end.

Another notable scene is a flashback to Deborah’s support group where second generation mothers discuss their Holocaust-survivor parents neuroses. Dina Laura steals this scene as the hilarious Janis, perfectly taking over the Jersey suburban mom stereotype while remaining sensitive to the subject matter. Meyer, Laura, and Funk (portraying Linda, another support group mother) have impeccable comic timing, which is juxtaposed perfectly with Gorney's heaviness as she sits with her own experiences, allowing her past selves to comment on the action.

As the play wraps up, in a moment of vulnerability Esther makes a heartbreaking promise to herself to share her story with her daughter and granddaughter, should they return unharmed. Esther and Deborah share touching mother-daughter moments interrupted by the adorable ball of energy, Elaina (Golllin), rooting the heavy subject matter in something that everyone can understand: the value of family.

Though a bit too long and factual at times, From Silence tells a beautiful story of a woman's journey to free herself from her past, and also serves as a call to action for all people to be strong and band together in the face of hate and prejudice, a message that needs to be heard and spread now more than ever.

(From Silence plays at Theater for the New City, 155 First Avenue, through November 20, 2016. The running time is 90 minutes with no intermission. Remaining performances are Saturday at 7:30 and Sunday at 3. Tickets are $18 ($15 for students and seniors) and are available at smarttix.com or by calling 212-254-1109. For more information visit theaterforthenewcity.net.)