$14 for senior citizens and children 12 and under 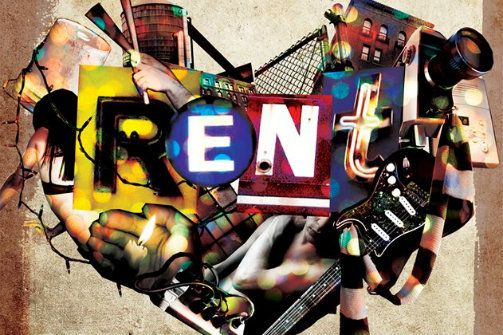 BOTTOM LINE: Although this billed "reinvention" of Rent is more of a homage, there is a great deal of heart in this production and a few standout performances that make it worth the ticket price for fans of the musical new and old.

To say that Rent is a show near and dear to my heart would be a vast understatement. I attended the original production on Broadway in the double digits (earning me the moniker of Renthead as a high school student) and I have also seen tours in Boston and San Diego, as well as Rent Remixed in London which featured a completely re-orchestrated score and little resemblance to the New York Theatre Workshop/Broadway premiere. Suffice to say I’m both always on the lookout for fresh interpretations of the show and can also be a harsh critic.

For those who are unfamiliar with the piece, Rent is a modernization of La Boheme set in the late '80s/early '90s in the East Village. The characters have been updated and tuberculosis has been replaced with HIV. Rent took the theatre world by storm for a variety of reasons: interracial (and gay) couplings, a rock-infused score, a strong message for teen and young adult audiences ("No Day But Today") and the tragedy of a very promising artist’s flame being snuffed out (creator Jonathan Larson died of an aneurysm the opening week of the show's off Broadway premiere).

This new production by Brooklyn's Gallery Players promises a reinvention of the piece, however a good 85% of the staging is fully reminiscent of the original mounting. Of that other 15% there are a few drastic differences and several subtle ones -- some quite successful and others less so. But what is obvious is that a great deal of love was put into this production -- it seems to have been produced by Rent fans for an audience of Rent fans. I should mention that Rent turns out to be a more ambitious piece for a small theatre to pull off than it would seem on the surface. The Gallery Players does definitely struggle a bit with regards to the sound and the lighting design, but I attended the second performance so there is plenty of room for that to improve. Still: I laughed, applauded and shed a few tears and really that’s all I can ask (the show's recent off Broadway revival at New World Stages failed to accomplish those three tasks).

There are some definite standouts in this cast, most notably Mara Jill Herman as Maureen. She is sassy, sexy in all the right ways, and delivers a rendition of the performance-art-parody piece Over the Moon that ranks among the best I’ve seen (if not the best I’ve seen). The number was well worth the price of admission alone. Dwayne Washington as Collins is soulful and sincere and could have been easily cast on Broadway in this role were Rent still running. Tunisia Renee is in fantastic voice as Joanne and truly made her half of Take Me or Leave Me her own. David Cronin makes some interesting choices as Angel and although he is a bit more modern-day Christopher Street drag than late 20th century East Village, the core of the character is still touching and ultimately heart-breaking. Tara Novie as Mimi came off a bit harsh in the first act but settled in nicely to the more dramatic material in act two and delivered a fantastic Without You. Isaac Matthews makes for a far more tender Roger than I’m used to seeing which balanced out Novie’s aggressiveness in the first act. And Dana Barathy from the ensemble, infusing her smaller roles with a great deal of creativity and grit, is frequently a stand out among large cast.