Freaks: A Legend About Growing Up

Off Off Broadway, New Play
Runs through 6.22.14
Teatro SEA at the Clemente, 107 Suffolk Street 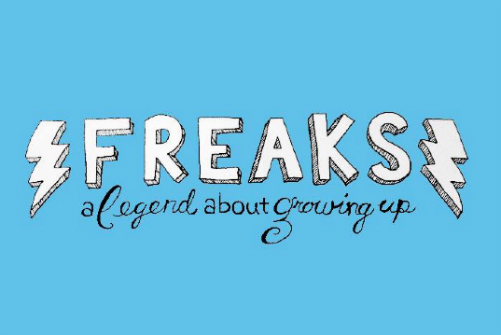 BOTTOM LINE: Freaks is a lyrical dramedy that makes you want to travel back in time.

Four friends finagle fickle friendships in the forthcoming winds of a Florida beach town. As complicated as that sentence was, so are the intermingled lives and pasts of three old friends (plus one) in this modern comedy-drama by writer-producer Sam French. When Danny (played stellarly by Carl Lundstedt) arrives on the Florida beach to reunite with his high school best friend, Carl (quietly played by Sawyer Price), and ex-girlfriend Jenny (played by emotional rockstar Colleen Pulawski), he encounters a sizable impasse between who he was and who the group wants him to be. Through a mixture of poetic language and ordinary lives, the beach becomes a resting place for the group’s new and real “legends” -- the stories of their pasts that keep them bound. The final scene elicits a strong pause.

I thoroughly enjoyed this brooding analysis of “generation me.” I loved how the stark stage design by Bryce Cutler, the evolving moods of light from designer Jackson Gallagher, and the intimate direction by Kyle Wilson all narrowed in on the characters. That is not to leave out the funny and layered script by Sam French. Yet, the fabulous actors were generous enough not to gorge on their plenty. Instead, the play was like being suspended in a dream with warm, wounded friends.

The hilariously poignant added member, Flower (played with aplomb by Carla Ronzetti), singlehandedly deepens the world into wonder. At times you can get suspicious that baseball player Carl has such depth to offer, but then with the play’s enigmatic onomatopoeia whoosh you believe he and everyone else can be so aware during an ordinary day at the beach.

The only element I wanted more of was, ironically, exposition. In the flowers and sand these characters are more constructs than real people at light’s end. I think had I known why Jenny can’t sing or what Danny’s multiple fears are I would have sat in my chair a little more easily. However, the show is short and I was enthralled the entire time. I look forward to another piece that will end “generation me” scrutiny and legitimize the kids in it. I’m one, so I ought to know.