Off Off Broadway, Play Revival
Runs through 11.23.13
The Underground Theater, 64 East 4th Street 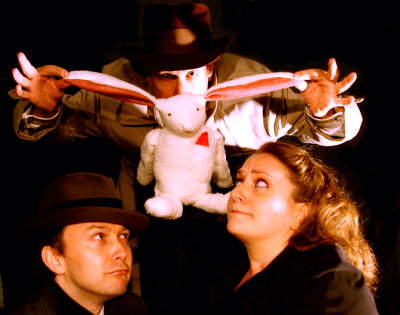 BOTTOM LINE: A funny, sad, and unique play about sibling love remounted in New York twenty-one years after its debut.

Roughly thirty years have passed since the beginning of the AIDS crisis. Over those decades, American artists, many of whose loved ones perished from the disease, have tried to cope with its devastation by doing what they do best--making art. Now that a generation has grown up with HIV/AIDS as an inescapable reality, it seems the time is ripe for a widespread re-examination of its history. Two seasons ago, Larry Kramer’s 1985 play The Normal Heart was revived on Broadway and will soon be adapted for the screen with an all-star cast. Last year, the documentary How to Survive a Plague electrified film festival audiences and was nominated for an Oscar. At this moment, Dallas Buyers Club, starring Matthew McConaughey as an AIDS patient fighting for an effective treatment, is playing in movie theatres.

Like The Normal Heart, Paula Vogel’s The Baltimore Waltz was written and first performed in a less hopeful, extremely painful time for those with friends or family who had received the dreaded diagnosis. Like Kramer’s play, Vogel’s is also included in the current flood of stage and film stories looking back at the worst days of the crisis, in a revival by Retro Productions. However, The Baltimore Waltz is less the chronicle of a terrible period in American history than an absurdist flight of fancy that attempts to convey the emotional maelstrom that comes with watching a loved one die.

Extremely funny and ultimately heartbreaking, the play follows teacher Anna (Heather Cunningham) and librarian Carl (Ricardo Rust), an adult sister and brother from Baltimore who embark on a tour of Europe after Anna is diagnosed with a fatal disease. Carl is in contact with a mysterious “Third Man” (Greg Oliver Bodine) in Vienna--yes, that’s a classic film reference--who might have access to drugs that could cure Anna. But she’s not hopeful, and resolves to enjoy her last months on Earth by sleeping with as many men as possible (French, Dutch, German, and all played by Bodine). Throw in a slideshow, a couple of stuffed bunny rabbits, and a doctor with a taste for his patients’ urine, and you’re doing The Baltimore Waltz.

Director Peter Zinn keeps the actors moving deftly through the many changes of scene and twists of plot. As Anna, Heather Cunningham handles both the comedy and the drama of the piece capably, though for some reason I didn’t quite “believe” her as a grade school teacher. Ricardo Rust is sweet and lovable as Carl. In his myriad roles, Greg Oliver Bodine nearly steals the show, making the most of his many accents and costume changes.

Paula Vogel may be better known for her later play How I Learned to Drive, which won the Pulitzer Prize, but The Baltimore Waltz put her on the map, and rightly so. As an example of early AIDS-themed theatre, it’s important; as the story of siblings who find themselves being brought together and torn apart by a strange and inexorable illness, it’s a treasure. Come for the history; stay for the art.

(The Baltimore Waltz plays at the Underground Theater, 64 East 4th Street between 2nd Avenue and the Bowery, through Saturday November 23rd, 2013. Performances are Monday, Wednesday, Thursday, Friday, and Saturday at 8 PM, and Sunday at 3 PM. There is no performance Wednesday November 13. Tickets are $18 and are available at retroproductions.org or by calling 866.811.4111.)