I Was a Sixth Grade Bigfoot: A story about bullies, monsters and hoaxes 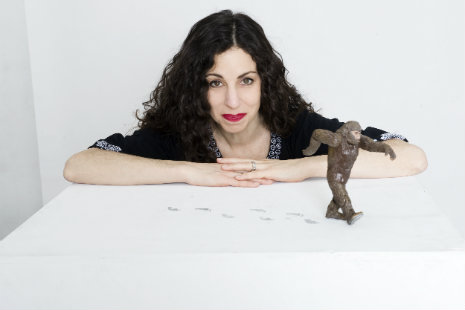 BOTTOM LINE: A heartfelt and humorous journey through the trials and tribulations of grade school bullying that is as rewarding as it is entertaining.

Cyndi Freeman had a rough childhood, in a nutshell. Her entire elementary school basically branded her as a monster. I know the feeling, although not quite to the extent of her circumstances. Suffice to say, hearing her story brought back a lot of memories. Just like urban legends of Bigfoot, people believe what they want to believe. While bullying in school has become a majorly hot topic in the last decade or so, in the last quarter of the 20th century the victims were very often blamed by students, teachers and parents.

Those of us who don’t have the fondest memories of our secondary school days turned out just fine, however. And in the end so did Freeman, ultimately proving that it is worth looking for the good in everyone. During the performance, I frequently found myself bordering on tears, both from the outright horror of the conspiracy her young classmates enacted and from the unexpected growth her tormentors show in later years. This piece should be recorded and available in the public domain as a resource for kids that don’t quite fit in.

It is a brave story to tell, and it must be a challenge to share. However, in a very intimate house I felt a lack of connection with Freeman. My emotional journey in the audience was inexorably tied to my own history rather than riding along with hers. Still, Freeman is an entertaining and accessible actress. With a touch more audience interaction, the experience might have elevated to something unforgettable.