Busy playwright Monica Bauer is about to open two productions at Stage Left Studio, offering two solo shows in one night. Bauer wrote both of the plays, Made for Each Other, and The Year I Was Gifted, and she stars in the latter. Performances run through March 28, 2014. Find ticket and schedule information at StageLeftStudio.net. 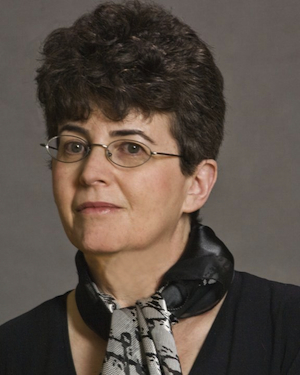 THEASY: Tell us a little about yourself. How did you get involved in theatre? When did you start writing plays?

MONICA BAUER: My first moment on stage was when I was a year old, and performed as the center of a rose at my older sister’s dance recital. I got more involved in theater when I was 12 years old, and the City of Omaha (my home town) paid for a teacher to come around once a week to local parks in the summer time, and give free drama classes. I played Becky Thatcher in a play about Tom Sawyer, and then when our Tom Sawyer got sick, I played Tom Sawyer, mostly because I could memorize lines faster than anybody else! My first play was a solo show I wrote for myself to perform at speech tournaments as a high school freshman. I couldn’t find a monologue I liked for Dramatic Interp., so I wrote one. It was about the Holocaust, and I played four characters, including a German. I won a Third Place trophy for it!

THEASY: Who are your mentors/influences? What are some of your favorite plays?

MB: I was lucky enough to attract the attention of Kate Snodgrass, who runs the playwriting program at BU. She gave me a full scholarship and changed my life. Another mentor has been Gary Garrison, whose dedication to women playwrights continues to inspire me.

THEASY: How do you describe your work? What do you like to write about?

MB: The best way to describe my work is that I write plays with humor and heart about difficult things, with an aim toward leaving an audience with hope and a sense of grace. I often write about gay or lesbian characters, and have also tackled race, Alzheimer’s, and alcoholism as well. Always the characters come first, and the issues come out of their unique needs. I hate clichés, stereotypes, and simplistic political harangues.

THEASY: Tell us about Made for Each Other. What is it about and what can audiences expect when they see it?

MB: Made for Each Other is about love, and the power of memory. Vincent’s a gay man on the wrong side of middle age, who gets a marriage proposal from a younger man after the third date. Jerry’s a nurse who cares for Vincent’s mother in an Alzheimer’s ward. Each man has a voice in his head giving him subconscious advice, and whether or not they will marry comes down to the wire. Vincent gets advice from his Mother, a former Broadway chorus girl who is dying of Alzheimer’s, but in Vincent’s subconscious she is still sharp, and funny. Jerry gets advice from his long-dead Italian immigrant Grandpa Damiano, the only member of his family who accepted him as a young gay kid. I wrote the play specifically for an amazing actor named John Fico, and some of his family stories are fictionalized in it, as well as some of my family stories. It’s been performed at two Edinburgh Fringe Festivals, in London, in Brighton (UK), and the Orlando Fringe. It’s been polished and honed for the last three years.

THEASY: Made for Each Other played at 59E59 Theatres in 2012 (read the Theasy review here) before it made its way to the Edinburgh Fringe Festival. What is the impetus to bring the show back to NYC now? Has anything changed from its previous production?

We are running the show on a double bill with a solo show I am performing myself, The Year I Was Gifted. Audiences can see both shows on the same night in a two-for one discount deal that can be found on the Stage Left Studio website, or they can see just one show at a time. Both shows talk to each other, and I hope people who see Made for Each Other will come back to see The Year I Was Gifted, and vice versa. Both are shows about what it means to be given a gift, and to give a gift, which is why we are calling the two plays together “The Gifted Series.”

THEASY: What's next for you?

MB: Currently, I have a full length play running as part of the season for Detroit Repertory Theater, My Occasion of Sin, which I just saw open in Detroit. I have a short play coming up in the spring in MTWorks “Gun Plays” festival, Marathon about the Boston Marathon bombing and the Newtown school shootings. And I am looking for a home for the brand new play, Porter’s Will, which won for Outstanding Overall Production of a Staged Reading at the 2013 Planet Connections Theater Festivity. So, directors and theater companies looking for new work, send me an email, or look up my e-published plays on Indie Theater now! www.monicabauer.com