THEASY: Tell us about who you are and when you were founded. 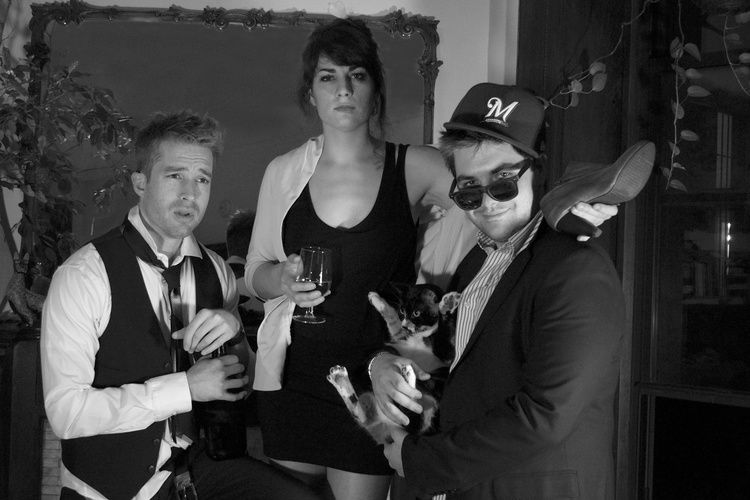 LESSER AMERICA: The seeds of Lesser America were planted in late 2010, when the founders worked together on a play called Keep Your Baggage With You at Theater for the New City. Jonathan Blitstein wrote the piece, and it featured members Daniel Abeles, Nate Miller, and Laura Ramadei -- with company ensemble member Daniel Talbott directing. We formed a pretty incredible bond and found that we shared a taste for a certain kind of play, with a certain aesthetic. Dan, Nate and Laura went on to continue with the company, and have shared producing responsibilities since. Squealer was our first official production, which went up in the spring of 2011.

THEASY: What kind of theatre do you make? Who are your influences?

LA: We built our mission statement around our intention to create accessible, affordable theater. In other words, we put on shows that play downtown, with content relevant to a broad audience, a cheap ticket price and a high level of entertainment value. We strive for institutional production quality, with the pluck of experimental work, and the pop entertainment value of a movie. Our plays are a little bit edgy, usually hilarious, and always just a touch dark. Steppenwolf and LAByrinth are probably the first model companies that come to mind -- in that their founders were performers interested in creating a home. We're an "ensemble," but we're also dedicated to developing the reach of this company and its audience beyond our individual careers.

THEASY: Tell us about your upcoming production, Carnival Kids.

LA: Carnival Kids is a witty, heartfelt, delightful play by Lucas Kavner. It uses a fairly standard model to explore some incredibly current ideas and questions: in the process of unfolding a central father and son relationship, Lucas touches on unconventional family structure, xenophobia, sexuality and the digital age of communication, among other themes. It feels like a very "hip," "current" play, but without being weighed down by gags and devices. All of the characters are so richly drawn. Also it's fucking hilarious.

THEASY: Give us your elevator pitch -- why should audiences see Carnival Kids? What can they expect from the experience?

LA: Expect to laugh as much as you would at a brilliant viral video, but with startling emotional payoff. So, comedy with heart! Also, we have booze sponsorship from NY Distilling and Smuttynose Brewery, so we can promise that you'll drink well.

THEASY: What's next for Lesser America?