A Theasy Interview with director (and new-play guru) Josh Hecht 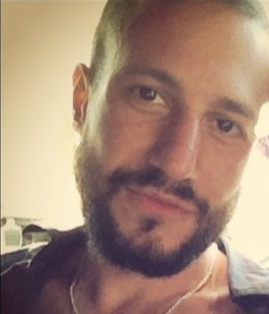 JOSH HECHT: Like most people in the theater, I started out acting. That is, in high school, you're either in the play or you're not in the play. I first tried directing in college, and immediately it felt right, where my talent and interest lie. The chair of the theater department, as a graduation present, set me up on a coffee date with his agent (the legendary Gilbert Parker at William Morris), who gave me this advice: New York is all about the new play; if you want to be a director here, find a literary office and work there. So, after school, I heard that the Literary Manager at MCC Theater, Stephen Willems, was looking for an assistant and I got the job. My first week there, he told me he had just formed the Playwrights Coalition and asked me if I would run the meetings. That was my grad school, where I learned how to develop work with some amazing writers like Lucy Thurber, Adam Bock, Brooke Berman, Julia Jordan, Stephen Adly Guirgis, Adam Rapp, David Adjmi, Mark Schultz and many others, give notes that open up -- rather than shut down -- creativity, and help a playwright locate and achieve his or her own meaning best, etc. That's still my goal with every production I direct. After about five years, I left MCC to pursue a freelance career and have enjoyed international semi-obscurity and ever since!

WHAT DO YOU LOVE ABOUT DIRECTING? DESCRIBE YOUR PERSONAL AESTHETIC OR OBJECTIVE FOR YOUR WORK.

I love everything about it! (Well, almost...) I love the marriage-like partnership with the playwright. I love working with designers dreaming a world into being. I love working with the actors and feeling our way into a common soul. I love that I get to go to work and feel things for a living. I love the way the theater asks me to look inward and empathize. I love creating new work, which allows us to dream the culture forward.

Aesthetically, I am attracted to many things, but always I want an emotional connection to the work. Most of my work is with new plays in both regional and NYC theaters. But I also have always had an interest in devised theater, and have created inter-disciplinary work that has played at places like The Duke, New World Stages, DTW, as well as regionally and internationally, and one of these pieces won the Drama Desk Award in 2006. I've taught devised theater in the MFA programs at the New School for Drama and at Fordham, and also playwriting in the Dramatic Writing program at Purchase College, SUNY and at ESPA. love both kinds of theater and find the one informs the other.

WHO ARE THE ARTISTS YOU ADMIRE? WHAT ARE YOUR FAVORITE PLAYS/PRODUCTIONS?

Oh wow. Where to begin? I've been fortunate to work with some of the most exciting and honored playwrights around and have learned from each one of them. I hesitate to name names a) for fear of leaving out someone whose work I actually adore; and b) because I think sometimes we read the answer to this question as “whose work is your work like?” (I certainly do.) Maybe it's best to say, I've learned most from the writers who have taught me to understand and accept the parts of myself (and of all of us) I want not to look at; the actors who have been fearless in transferring deep emotion onto strangers; the designers who have challenged me to be bolder, more spare, more theatrical, more lush; the directors who have shown me ways to see the unseeable; and producers who find ways to say yes (even when they are saying no).

YOUR UPCOMING SHOW IS JAKE JEPPSON'S THE CLEARING. WHAT IS THE PLAY ABOUT AND WHAT CAN AUDIENCES EXPECT WHEN THEY CHECK IT OUT?

What a beautiful play Jake has written. The play is about two brothers who witnessed a terrible tragedy when they were age 7 and 10 and impulsively decided not to tell anyone what they saw. The play opens 18 years later, when the younger brother --  a sensitive man in his late twenties who has spent his life devoted to his lonesome mother and life-impaired brother -- finds himself in love for the first time. Together, they must all decide whether they have the courage to break the dynamic that has kept them locked in their grief for nearly two decades. It's an incredibly intimate play about moving on.  But it's also highly theatrical, and these designers have managed to bring an entire forest clearing into the Theatre at St. Clements. Mostly, though, it's been so wonderful to work on something this deeply felt.

WHAT'S NEXT FOR YOU?

Workshops, workshops, workshops. I have 6 new play and musical workshops, both in town and out of town, in the next three months! (Another thing I love about directing: going from world to world to world...) So it's a lot of time on the road. I think of it as “R&D” for the next two years of productions. But I'm also trying to carve out some time for a prose writing project I've started that I'm loving working on -- something new for me. The next thing people can come see are presentations of Anna Moench's play Hunger at BRIC in March.