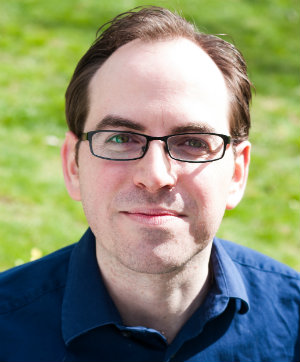 Prolific playwright Adam Szymkowicz is having a busy year. Check out his play Hearts LIke Fists this month, produced by Flux Theatre at The Secret Theatre in Long Island City, Queens. We are psyched to get some one-on-one time with Adam -- we learned a little about his artistic past, and a lot about what's on tap with his work in the next few months.

THEASY: What Is your theatrical background? When did you begin writing plays?

AS: I was an actor first. I was in at least a play or two a year from kindergarten all through high school. Then I quit and swore it off and then started up again in college. Except for the occasional casual reading, I no longer act. It made me too nervous and I no longer enjoyed being onstage. But I loved theater, and the summer after my sophomore year of college I decided to write a play. Then I wrote another the summer after my junior year. Then I took a playwriting class. And I wrote another during winter break. I directed and produced a play I wrote for my senior thesis in order to be a "Commonwealth Scholar." And it went really well (the audience reaction was more addictive than when I was onstage) and since then I've never really stopped writing plays.

To date, I've written 33 longish plays, 4 screenplays, 3 half hour pilots, 3/4 of a novel, a web series and did a stint writing for a sitcom.

THEASY: What kinds of plays do you write, and where do you find your inspiration? What playwrights do you look up to?

AS: I write comedies and comedic dramas. I have a few plays that are genre riffs and Hearts Like Fists is one of those. The plays I'm writing right now are more along the lines of dramas that are funny and sad. My new mantra for writing plays is, "I'm going to break your fucking heart."

My influences are too numerous to enumerate. But I can say that play that I wrote and produced in college was a comedy about suicide heavily influenced by The Marriage of Bette and Boo by Chris Durang and 'night Mother by Marsha Norman. Many years later they were my teachers and influenced me even more. At various times in my life I've been really into Nicky Silver, Chuck Mee, Paula Vogel. There are hundreds of plays that have blown me away but I'll name just a few more writers.  Mark Schultz, David Adjmi, Sheila Callaghan, John Kolvenbach, Noah Haidle, Adam Bock, Theresa Rebeck, my wife Kristen Palmer. That's a start. For a more complete list, I've interviewed a few playwrights here: www.aszym.blogspot.com.

THEASY: Hearts Like Fists premieres this month at The Secret Theatre. What excites you most about this production?

AS: The cast is phenomenal, the direction and design top notch. They are a joy to watch and I'm eager for people to see it. Hearts Like Fists was a South Coast Rep commission, written in 2009 or so. Evan Cabnet directed a Juilliard bare bones production pretty soon after it was written. Then I had a bunch of readings of the play. And then this summer Theater of Note in LA did a 6-week run directed by the amazing Jaime Robledo. That was, perhaps the best reviewed production of anything I've ever had. And now I can't wait to have a run of this play in NYC with Flux Theatre who I love. They have their shit together.

THEASY: Tell us about your relationship with Flux Theatre Ensemble, the company behind Hearts Like Fists.

AS: I think I started going to Flux Sundays in 2007 or so. I suspect I met Gus [Artistic Director August Schulenberg] because we both had plays in the New York Theater Review. And he invited me to Flux Sundays which is where playwrights bring some pages and there is some rehearsal for an hour or so and then the scenes are presented as staged readings. It's like a playground for theater people. It's nice to write something in the morning and see it staged that afternoon.

And so I started hanging out with them and I'm crazy about them as people and also respect them a great deal artistically. I've been to their summer retreat a few times and they did a couple staged public readings of my work and in 2009 they did my play Pretty Theft (which, like Hearts Like Fists, starred Marnie Schulenburg). And I kept hanging out with them whenever I was living here and now we're doing another show. Yay!

THEASY: What can audiences expect from Hearts Like Fists? Why should they check it out?

THEASY: What's next for you?

AS: Starting on the 4th, my play UBU is going up at IRT. It's a remount of the solo show we did at soloNOVA. It's very loosely based on Ubu Roi and it's a crazy movement piece I wrote the text for. I wrote it for Daniel Irizarry who is an amazing performer I knew from Columbia grad school. He is from another planet. The things he can do with his body. Amazing. The show is funny and disgusting and insane and beautiful. I don't really have the words to describe it but it's very non-literal. Tickets: http://www.brownpapertickets.com/event/286935

Then in March, Pipeline Theater will do a run of my play Clown Bar which is about the underground clown crime world. It was originally a part of Rising Phoenix's Cino Nights last year directed by the awesome Kip Fagan. I'm excited to have a run of that in a bar space.

And it's possible there will be one or two more shows of mine this season.

And sometime in the new year my web series, Compulsive Love will finally come out: https://www.facebook.com/compulsivelove