One Night with Fanny Brice 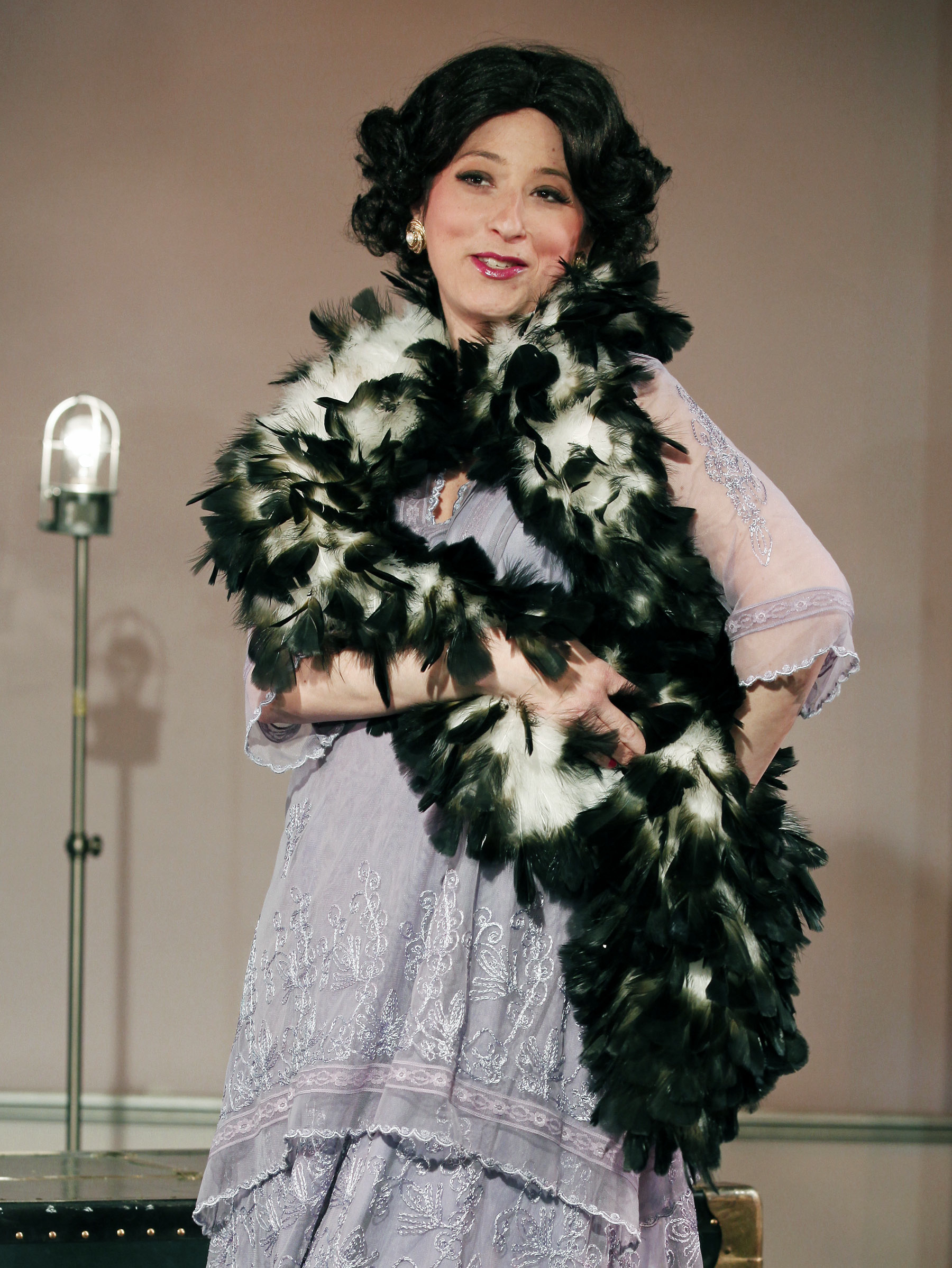 Kimberly Faye Greenberg as Fanny Brice in One Night with Fanny Brice. Photo by Carol Rosegg.

BOTTOM LINE: One Night with Fanny Brice is a lackluster one-woman recount of the life and career of the legendary comedienne, with twenty-five songs, two costumes, and little else.

Fanny Brice is the sole character in this show. Aside from an intermission, she leaves stage for a total of 30 seconds to get an Indian headdress from the wings, and sings straight through 25 songs with biographical monologues dispersed throughout. This essential role is played by Kimberly Faye Greenberg (Buffy the Vampire Slayer, Charmed). Although Greenberg was not originally cast in this New York production, she is the obvious choice to take it over, as she originated the role for the first production, is the actress featured on the cast recording, and is currently entering her second year playing Sylvia in Danny and Sylvia: The Danny Kaye Musical in the same space, for the same producer.

I was jazzed to hear about One Night with Fanny Brice. The title elicits exciting memories of a Broadway legend as well as the legendary Broadway musical and subsequent movie adaptation about. And with an impending Funny Girl revival, the timing for this production seems ideal. Fanny Brice is in the air! Unfortunately, the show does not live up to the anticipation.

Greenberg is certainly funny enough, though she doesn’t quite live up to Brice’s outrageous comedic legend. Additionally, the songs don’t all sit in the best place for her voice. I wondered why the keys weren’t adjusted, especially when certain songs like “That Mysterious Rag” and “Second Hand Rose” sound so great! In fact, Greenberg gives a wonderfully theatrical rendition of “That Mysterious Rag” to close the first act, and her finale version of “Rose of Washington Square” is mesmerizing. She has both the talent and charisma to get out there and sing, dance, and schmact her heart out for two hours, so it can’t be that she isn’t a talented performer. But she seems better suited for “One Night with Shirley Booth” than "One Night with Fanny Brice."

The major problem with this show, however, is in the production itself. The acoustics of the space are working against Greenberg, and the placement of the musicians makes matters worse. She literally has to sing over her accompaniment to get the songs and schtick out to the audience. Acoustic issues are prevelant: the sound levels aren’t balanced, there is static in the speakers, and the speaker for the tap mic is set to the side of the stage so while Greenberg is tapping the audience hears the taps come from ten feet to her left. The costumes are serviceable -- they’re period -- but don’t seem to have any further meaning or purpose. As for the wig, I know drag queens who wouldn’t put that thing on. In a house that small, you can’t skimp on the wigs. Especially when you just have to buy the one.

Credit should, however, be given to the lighting designer Graham Kindred, who makes some beautiful moments with color. Following the course of a woman’s adult life, Kindred’s lights shift mood, place, and time throughout One Night with Fanny Brice.

Design transgressions aside, as a director, Chip Deffaa’s staging is organic and smooth. The space is fully utilized, and there is never a moment of confusion as Fanny relays decades worth of times and spaces.