Do This One Thing for Me 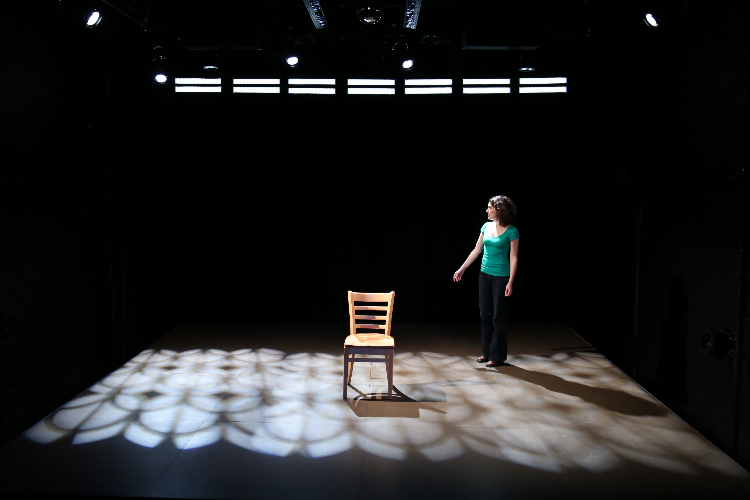 Jane Elias in Do This One Thing For Me. Photo by Michael Priest.

BOTTOM LINE: A brilliant monologue about the never-ending struggle to balance living an independent life with honoring the memory of family members lost in the Nazi Holocaust.

Don't let the title fool you—playwright Jane Elias’ father Beni, a survivor of the Auschwitz and Bergen-Belsen death camps, wants more than one thing from his daughter. First-and-foremost, he wants her to marry a nice Jewish man. Second, he wants her to call him every single morning, no matter what. The pressure is enormous, but Beni is relentless and Jane wants to be a good, respectful child, even in near-middle age. There are tensions, of course, but there is also tremendous love—I’d go so far as to call it mutual adoration—which makes the juggling extremely difficult.

On a practical note, Jane has little interest in getting married. She frequently dates, enjoys her life as a single Manhattanite, and, aside from her desire to stop her dad’s constant needling, sees no reason to change it. On top of this, she can’t always call Beni at the appointed hour; scheduling pressures make this task cumbersome and sometimes impossible.

But the story is far more than one woman’s grappling with family demands, daunting though they are. In fact, it has an unusual twist: because the Holocaust looms so large in Elias family lore, Jane wants to do something concrete to mark the luck, tenacity, and wiliness of her dad’s survival. After learning about the International March for the Living, an annual walk between Birkenau and Auschwitz, she signs on. Do This One Thing for Me traces her journey through Poland and charts the impact of the trip on her and her travel companions. At one point, Jane memorializes fifteen family members who perished in the camps by slowly reading their names. It’s as powerful as any Holocaust tribute I’ve ever seen, heard, or read.

Part of its power rests with Jane’s matter-of-fact delivery. Sitting center stage on a straight-backed wooden chair, she speaks conversationally, occasionally standing up to pace in front of a black background wall. There are no other props or embellishments. In these moments, Jane’s physicality is as evocative as her language. That said, her language is both taut and descriptive, and the monologue blends pathos, humor, and hard facts about life in the camps and the subsequent 400-plus mile death march that prisoners, including a teenage Beni, her granddad, and several uncles, were forced to trod. In addition, by seamlessly switching accents, Jane moves between her younger and current selves and her father’s Greek-tinged vocal pronouncements. The result is gripping and intensely moving.

It is now known that trauma can be genetically transmitted between generations, and Jane Elias is clearly living with the aftermath of her father’s suffering. Nonetheless, his spunk and resilience also infuse her being. Although I wished that Jane’s mother had been woven into the narrative, the play tells a weighty story with wit and compassion. Sadly, Beni Elias is no longer among the living, but Jane has honored him well. May his memory be a blessing for future generations.

Do This One Thing for Me is written and performed by Jane Elias. Directed by Tracy Bersley. Lighting Design by Renee Molina. Sound Design and Original Music by Adam Platt. Production Stage Manager is Stefania Diana Schramm. Logo design by Michael Thomas Holmes.