An Attempt to Heal in the Contemporary World 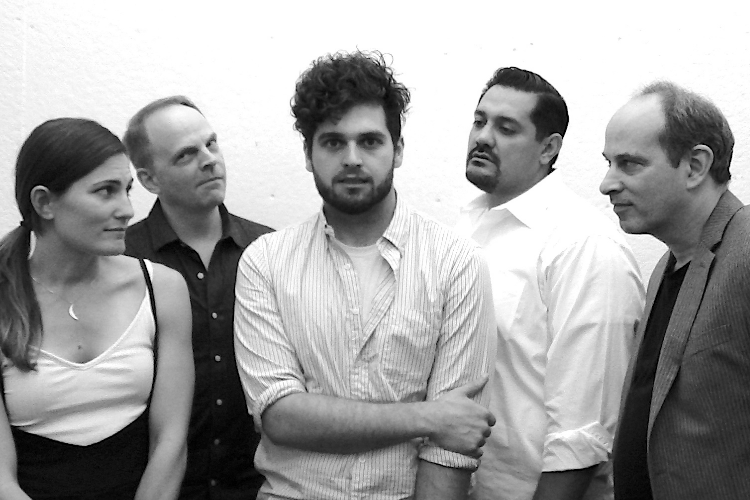 BOTTOM LINE: Sometimes, the cure is more devastating than the illness, as one man learns in revisiting his life story and some amazing tales of renowned psychoanalyst Wilhelm Reich.

David E. Tolchinsky is the writer and director of the darkly funny psychological comedy An Attempt To Heal In The Contemporary World. In light of renowned researchers like Freud, Reich, and Rank, this piece purports to give you a fairly safe environment in which to ponder your mental health status. On the other hand, the main character Dave (Riley Austin Scott) soon pauses his dialogue to take notes from Tolchinsky, who is sitting in the front row. Indeed, in part thanks to interests he shared with his psychoanalyst father, Tolchinsky studied film. His many talents permeate this intriguing story, which should make you question the dominant narratives of 1950s America.

Dave (the character) tells his life story of growing up with a Freudian psychoanalyst professor as a father (Paul Weissman), who locked and bolted all entry points to their house. While sharing his favorite but perhaps inappropriate cinematic gems (like Five Easy Pieces, King’s Row, and Ironside) with his young son, Dave’s father incites rebellion. Dave finds himself unable to walk, and uses this illness to get attention. This condition is cured by a Fudgsicle from a doctor. After Dave attends Yale and then pursues a film degree at USC, he works as a script fixer in Hollywood. One of his managers notices Dave is creatively stuck, and recommends the out-there methodologies of Wilhelm Reich, who was once expected to succeed the great Sigmund Freud.

The conflict between Freud (Sergio Fuenzalida) and Reich (Paul Obedzinski) is humorously replayed like a scene from Scarface. While Reich’s unforgettable treatments like scream therapy, massage and other forms of therapist-patient contact, and the concentration of orgasmic energy (not quite the same as in the film Sleeper) may have been quite prescient, at one point in 1956 his books were burned by FDA agents. Dave, who spends increasing amounts of his time and money on Reichian therapy and even visits Reich’s legendary research center Orgonon in Maine (named after the controversial “orgone” energy), wonders if he is on his way to a cure. Reich, who died in jail following his run-in with the establishment, does not provide a hopeful example. A cameo from Albert Einstein (Sergio Fuenzalida) shows that many geniuses who had their own problems were skeptical of Reich.

Dave’s wife Jane (Andrea Peterson) is going through her own medical crises and might be forgiven for doubting the efficacy of Reichian treatments. Even though some cancer patients actually reported a limited recovery after they sat in one of Reich’s orgone accumulator boxes, the rest of the world is not ready to get behind a theoretical, unseen energy. Reich’s cannon-like devices for shooting orgone out of the sky to create rain are finally banned, and their continued sale leads to his arrest. However, here is where the author cleverly blends his cinematic and psychological experiences, when alternating scenes comment on the importance of that oh-so-dramatic 1950s film The Incredible Shrinking Man. What is the radioactive cloud that causes the successful male protagonist to start shrinking? Is this feeling common to modern man? What will it take for any of us to seize control of our lives? What was the unexpected illness that killed Reich and Dave’s father, and would it pay to be a hypochondriac every once in a while?

Tolchinsky, who rises from his seat in the first row to provide guidance on the play, is the first to admit that life does not always follow its own rules. Neither do screenplays. It is comforting to see the tortured yet fictional Dave on stage getting subtle course corrections from the actual one. Nor is blind obedience of authority figures encouraged; some of Freud’s and Reich’s therapeutic practices would be considered harassment (or worse) nowadays. The play does succeed in offering hope for something better, even if this is suggested through a long cautionary tale. The real-life Tolchinsky wears three hats in this piece, and offers some lovely insights that will stay with me. The image of the Shrinking Man talking to a diminutive sideshow performer—someone normally seen as living outside of society—doesn’t sound like such a bad idea when mainstream society becomes crazy and toxic.

An Attempt to Heal in the Contemporary World is written and directed by David E. Tolchinsky. Costume Design by Erika Degraffinreaidt. Lighting Design by Emily Sheehan. Lead Carpenter and Prop Master is Joe Vanderstappen. Carpenter is Dillon Roberts. Stage Manager is Kelley Sener.