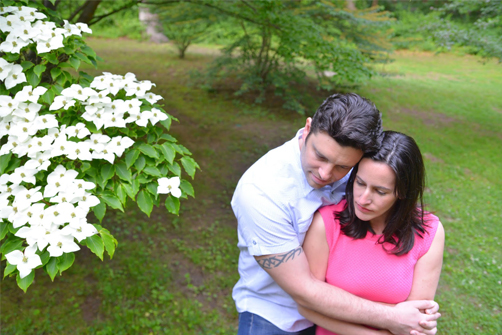 Michael Mingoia and Laura Sweeney in random us. Photo by Justine Lynn Photography.

BOTTOM LINE: A well-meaning glimpse at a relationship and the struggles that come with love.

random us is billed as random glimpses into the intimate and intense moments of a couple, Daisy (Laura Sweeney) and Denny (Michael Mingoia). Interspersed between these scenes, an old woman (Catharine Bolz) gives a series of ominous monologues that seem to indicate that this relationship does not end well. Catharine Bolz is amusing and does a great job seamlessly transitioning between lighthearted and much darker moments. The same can be said of Sweeney, which is fitting since they are playing the same character at different moments in life. The other two actors in the play, Teresa Bolz and Chris Baker, take on all of the supporting characters. Teresa Bolz is strongest in the role of Denny’s ex-girlfriend Chloe, a sex-crazed theater type who brings some much-needed comic relief to the play.

Although this series of vignettes is an interesting way to tell the couple’s story, the audience only gets to see the moments that the playwright deems the most important. In almost every scene Daisy and Denny are arguing. Blowout fights may be more entertaining than quiet, happy moments, but it would have been nice to see less conflict and more love. As an audience member, it was hard to be invested in this relationship because it seemed fairly unstable.

Despite some clichéd writing, the story ultimately feels finished. The majority of the scenes between Daisy and Denny take place in chronological order, but at the end we get to see the proposal scene that started it all, and this is one of the strongest moments of the play.

At two hours, the show could benefit from the addition of an intermission. It is an emotional roller coaster, and it would be nice to have a break to unpack some of the darker moments.

All of the promotional material for random us includes this quote: “Love is laughter, heartbreak, and everything in between—but it is never random." This is a worthwhile sentiment, and I would have enjoyed seeing more of the laughter between Daisy and Denny to understand why their relationship was worth fighting for.