Tomatoes Tried to Kill Me but Banjos Saved My Life 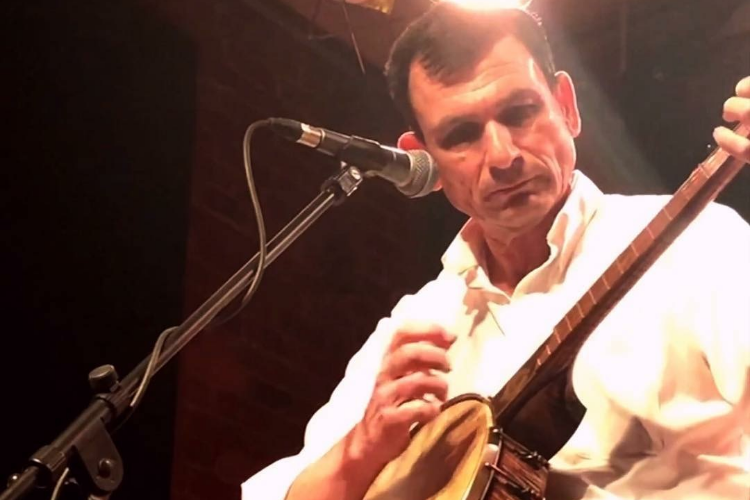 Keith Alessi in Tomatoes Tried to Kill Me but Banjos Saved My Life.

Keith Alessi, a dual citizen of Canada and the U.S. and a dueling banjo player, is taking his solo show around the international fringe circuit. I was amazed to hear that his last appearances in New York have been on Wall Street, as a CEO. Alessi's story is straightforward, vulnerable, heartwarming, and full of traditional “old time” music of the Southern United States. You will, for example, compare and contrast southwestern Virginia (specifically Roanake, part-time home of the author) with southern West Virginia. The latter state adopted John Denver's adopted "Take Me Home, Country Roads," a song originally written about "regular" Virginia. There will be discussion of the classic banjo song from the film Redemption, and you'll learn the most-requested banjo song, which took me by surprise.

As the CEO of a succession of thriving public companies, Alessi tells us, his ability to compartmentalize saved his career. Only being able to see the good things about his company, he creatively steered it to huge profits, rivaling the mighty Yahoo back in the late ‘90s. He developed a passion for banjos, and purchased a few, which for one reason or another mainly occupied his closet. As the saying goes, you can be Tiger Woods if you only invest in the proper equipment, right?

Alessi was born to an Italian immigrant father in Ontario. As his father's national origin made him a suspicious person during World War II, Alessi saw him deal as best he could with the accompanying resentment. As he faced his own challenges—acid reflux from eating tomatoes and a cancer diagnosis with possibly one year to live—Alessi employed survival tactics. Indeed, getting on a five-year wait list for a customized banjo is quite a goal for a cancer patient, yet the idea paid off.

Alessi takes us down the Crooked Road, a roots music heritage trail in Virginia's Blue Ridge. We hear of the community of banjo enthusiasts who encourage each other. This is a joyous story that reminds us that we can always take what life gives us (including a certain ripe red cooking ingredient) and make something else from it. Alessi, having mastered the banjo, happily shares an original song (after Admiral David Farragut, by way of Tom Petty): "Damn the Tomatoes, Full Speed Ahead!"

Tomatoes Tried to Kill Me but Banjos Saved My Life is written and performed by Keith Alessi.