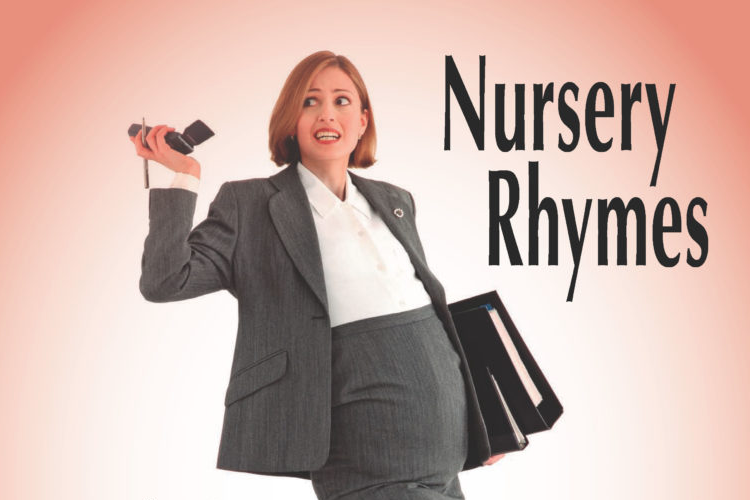 Nursery Rhymes, a new play by Jan Ewing, is playing now as part of the WinterFest theater festival. The play tells the story of a millennial couple, Irene (Colleen White) and Chip (Patrick Hamilton), who are arguing about having a child. In the meantime, the couple entertains guests: Marge (Ashley Formento) and Frank (J. Michael Baran), who have a son of their own.

Ewing paints his characters in broad brushstrokes of present-day Americans. Yet these issues are simultaneously eternal and of the moment. Millennials are better educated than any other generation, but such education can have counter-intuitive social consequences—prolonged adolescence in men and perhaps the opposite for women, who are pushed professionally before, during, and after college. Ewing uses Chip, who is temporarily laid off, and Irene, a toothpaste executive, as proxies for this generation.

Irene brings Frank and Marge over to persuade Chip to have a child, but the two boomers have their own problems. Frank’s mother, who does not appear on stage, lived with Frank and Marge until her senility became a problem. Marge’s own menopause is a stand-in for any number of smaller ailments this generation is now beginning to face. Her “forgetfulness” may be from menopause, or might be an omen of her own dementia to come.

Art, perhaps better than philosophy, recognizes gratitude for existence. The potential for tragedy is the same potential for greatness, or even the goodness, of ordinary love. Ewing comes down hard on his belief that the human race should continue; for example, he gives his characters enough money to have children if they want them. The bottomless skepticism and despair of Socrates and Schopenhauer has been and will be addressed elsewhere—thankfully. Ewing's Nursery Rhymes is something else—an affirmation of life. And audiences will no doubt see themselves in these characters’ redemption.