For tickets to the Under the Radar Festival, visit publictheater.org

Off Off Broadway, Play with songs and dance
Runs through 1.7.19
Public Theater, 425 Lafayette St. 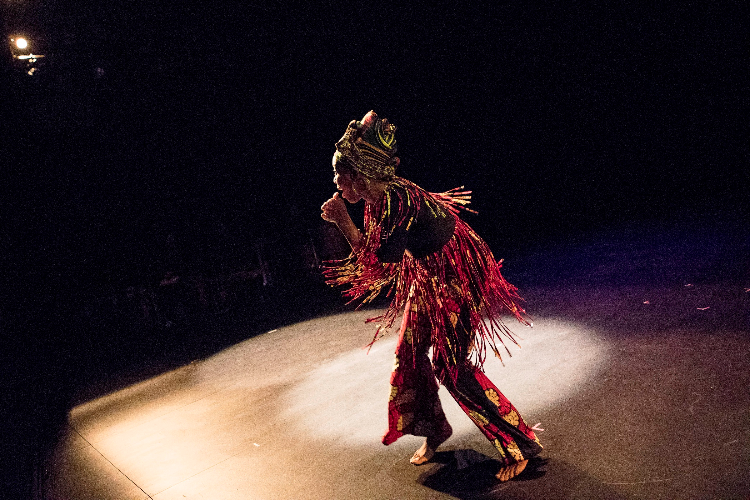 Under the Radar is an ambitious endeavor, often filled with the most cutting-edge work and a flashy design profile. For contemporary theatre folk working at breaking new ground, it's the place to see and be seen. It might seem somewhat surprising then that, with not much more than a few drums and some performers, Hear Word! Naija Woman Talk True headlines this flashy event.

“My vagina sings and I sing along!” declares the show with a title that makes more and more sense as we go along. Inter-generational Nigerian women address feminist concerns from the very dark—the ongoing abduction of young girls by Boko Haram and clitorectomies—to the powerfully magnificent, like learning to orgasm for the first time by the hand of a particularly talented man.

Sitting between a French-speaking African man (who could not stop texting or talking to his friend) and an older white lady (who expressed her disgust each time his phone lit up in the darkness), the contrast of this audience is striking. Invariably, at every mention of female orgasm and male accountability, my male neighbor had a sudden impulse to check the time. Being as the performance is largely about both of these things, there was quite a bit of obnoxious phone illumination, and subsequent white lady grimaces.

Both of these people needed to hear the show. She presumably preferred her theatre quieter, more traditional, or at least with less obvious audience "engagement." He probably wasn’t used to so many women talking about their vaginas. In between them, I recognized the power of the performances—strong and connected, a #MeToo play for Nigeria, though strikingly true of the U.S. world as well.

Hear Word! is at its best when music and choral odes are involved. Its formula of monologues, from sorrowful to joyful, presented in direct address to the audience is not a particularly ground-breaking medium; this is The Vagina Monologues with a Nigerian twist. But picking up pace and rhythm mid-way through, and coming to a dramatic, base-thumping conclusion, Hear Word! demands to be heard.