For the run at The York visit yorktheatre.org

Forbidden Broadway: The Next Generation 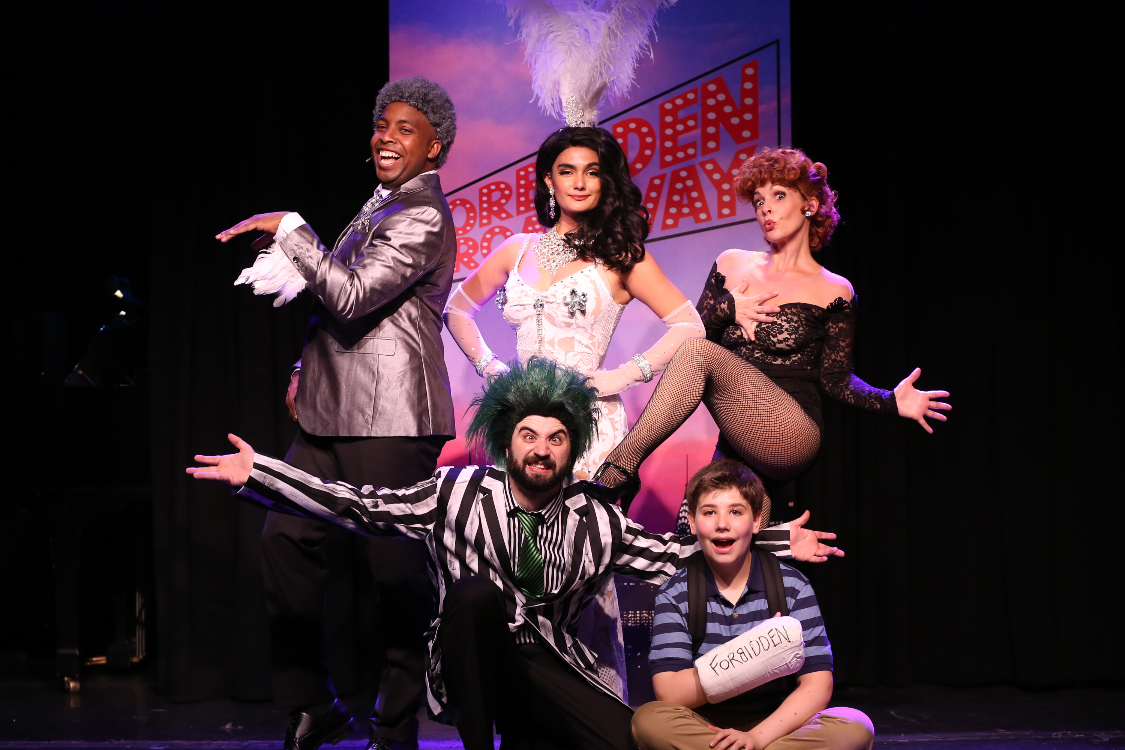 BOTTOM LINE: The long-running, loving Broadway satire is back with sharp tongues hilariously aimed at legends and newcomers alike, with numbers that will have you humming for days.

In the half-decade that Forbidden Broadway was on hiatus, the Great White Way has become even more of a money machine, thanks in no small part to big budget productions like Frozen and The Ferryman, and zeitgeist-y revivals such as Oklahoma! But the new generation doesn’t miss a beat: creator Gerard Allessandrini—who staged the original version in 1982—and the excellent quintet he's currently assembled deliver a showcase with an abundance of affection and little bite lost. Pity the people behind Moulin Rouge! The Musical (love Glenn Bassett’s miniature chandelier) and Hadestown, two of the diamonds of the current season that really get zinged—or don’t, if you, like Allessandrini, think they’re more cubic zirconia.

You would never know that four of the performers are new: only the terrific Jenny Lee Stern (who takes on Judy Garland, Bette Midler and Gwen Verdon) is a returning member of the company. The winning Aline Mayagoitia gets the chance to kill two stones in “Moulin Rude,” taking the piss out of the musical and its lead actress Karen Olivo (“I’m singing in an inferior show” done to the tune of “Material Girl”). Employing not much more than a big curly ‘do (Dustin Cross’s dresses and Conor Donnelly’s wigs beautifully enhance the numbers) and a tiny, pursed mouth, she is also dead-on as Bernadette Peters in “There’s Gotta Be Something Better Than This,” alongside Stern as Midler and Immanuel Houston as Jennifer Holliday. Chris Collins-Pisano is great fun to watch whether he’s inhabiting Alex Brightman's Beetlejuice and Fiddler’s Tevye or joining Houston for the silly “Brush Up Your Yiddish.” Houston pops at the top of the show as André de Shields, as Billy Porter in “Ev’rything Now Is Inclusive,” and with masterful rapid-fire impressions. The youngest member of the troupe is tween Joshua Turchin, who earns laughs playing Tootsie in a sparkly red dress and heels and as the Phantom, who remarks, “Chandeliers are my thing” when the Moulin chandelier appears.

A couple of the tunes didn’t land for me. While Stern is brilliant as Garland and her cinematic interpreter Renee Zellweger, the lyrics lack snap. “Jeremy Pope in Ain’t Too Proud” and “Harry Potter and his Cursed Child: Magic For Two” are also among the weaker selections. But the misses are few and there are countless hits. Among my favorites: the Fosse/Verdon medley and The Ferryman, the rare non-musical to get a ribbing—“a play so long even PBS won't air it.”

Even if you aren’t a regular theatregoer, there’s a lot to relish here. And if you are a Broadway baby, you will get even more of the in-jokes. Allessandrini and his keen wordplay have returned, and not a moment too soon.

(Forbidden Broadway: The Next Generation plays at the Triad Theater, 158 West 72nd Street, through November 30, 2019, and then at the York Theatre Company from January 15 through February 9, 2020. The running time is 80 minutes with no intermission. At The Triad, performances are Mondays at 7; Wednesdays through Fridays at 7; Saturdays at 2:30 and 7; and Sundays at 3 and 7:30 (schedule may sometimes vary so check ahead). Tickets start at $75 and are available at triadnyc.com. For more information visit forbiddenbroadway.com. For the run at The York, performances ate Tuesdays and Wednesdays at 7, Thursday at 2:30, Fridays at 8, Saturdays at 2:30 and 8, and Sundays at 2:30. Tickets are $67.50 - $72.50. For more information and tickets, visit yorktheatre.org. )