Written and Directed By K. Lorrel Manning
Produced by The Barrow Group 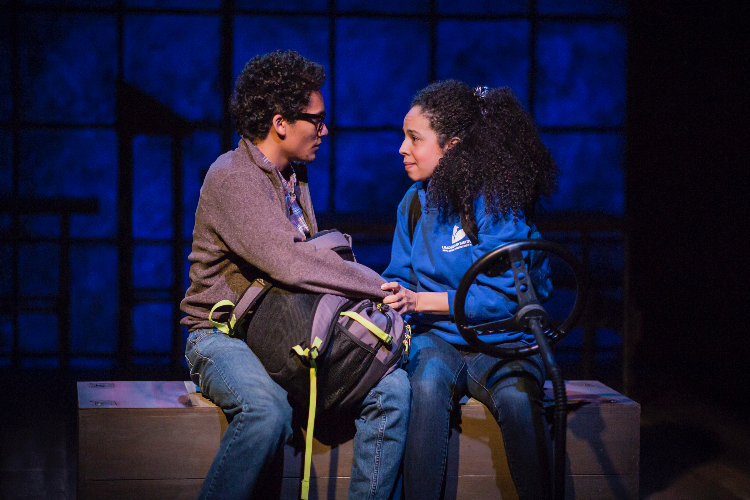 BOTTOM LINE: Awake tackles many timely issues in short vignettes that offer deeper characterizations than one might expect given their length.

Awake is a series of vignettes that touches on so many timely issues that it runs the risk of feeling like a checklist of topics. Police brutality? "Carlos, the Protector" covers that. White privilege? "The 'N' Connection" goes there. So it's impressive that for the most part, playwright K. Lorrel Manning, who also directs and appears in "The Interview," avoids the trap of writing a show that feels like an endless stream of "important" issues. As with any collection of short pieces, some vignettes are more successful than others, but in general, these scenes are engrossing and even the ones the tread on familiar territory often take surprising yet believable turns.

Each vignette is either a monologue or two-hander and for such short works, most of the characters feel like actual humans and not mouthpieces. The downside of the length is that it often feels like we are just getting started when we move onto the next story. The best scenes could probably turn into longer works. "Saving Souls," for example, is a conference between Bertina (Nelly Savinon) and Mrs. West (Julia Ryan) about a report that Bertina's son, a Latinx scholarship student, wrote on Hitler. Saying more would reveal too much, but it could make for a fascinating full-length play.

Though the pieces vary greatly in terms of plot, they feel of a whole, and the last scenes in each act parallel each other well, with both featuring two teenagers in a car. In "A & J Rule The Universe," Alex (Vinny Baierlein) and Jeremy (Trey Santiago-Hudson) are two friends driving around, shooting the shit. In "The Future?," it's brother and sister Jennifer (Ana Roshelle Diaz) and Max (Luka Kain) going for a drive. Some of their conversation is similar, but their destinations couldn't be more different.

This is also the rare play that, while it feels written in response to Trump's America, doesn't hit you over the head with it. In fact, the man is never mentioned by name, and the current administration is only directly referred to once.

For this small space, the fact that there is a cast of fifteen is impressive. Often in works like this, actors double and triple their roles. The advantage of casting each story with different actors is that when you look around (Manning has staged it so that actors sit around the stage when they're not performing), it looks illustrative of this country, with different ages and races represented. The young actors, Baierlein, Santiago-Hudson, Roshelle, and Kain make particularly strong impressions.