By Manning Jordan; Directed by James M. Wyrwicz
Produced by Bento and the Boxes Productions
Part of the 2017 FRIGID New York Festival 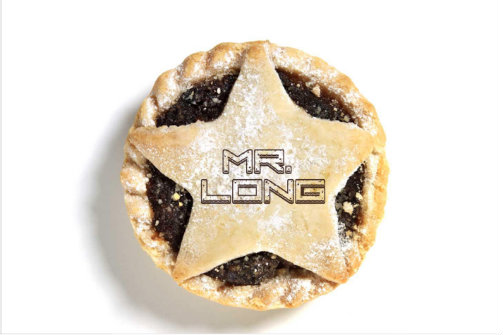 BOTTOM LINE: Senior year takes a turn for the dramatic in Mr. Long, a new play about young women whose privilege can't protect them from all of life's harsh realities.

The girls of Mr. Long’s senior advisory spend a lot of time talking about graduation, college, drinking, Michel Foucault, and sex. They are somehow both worldly and naïve at the same time. They are also pretty unimpressed with Mr. Long himself, a longtime teacher at their all-female high school: they’re fond of him, but they make fun of him when he’s not in the room. However, when one of the students becomes the victim of a crime that could derail her college plans, it’s Mr. Long (Christopher Buchanan) who’s there to help her through it.

The world depicted in Mr. Long is very specific—that of a Texas prep school whose students are privileged and intellectual but also very much typical teenagers. The young actors who play these hothouse flowers do a good job of capturing the rhythms of girlspeak and portraying their characters’ casual hostilities over college acceptances (or rejections), prom dates, and the like. Playwright Manning Jordan (also playing one of the already-jaded teens) has taken a very simple, potentially hackneyed premise and crafted an effective study of young womanhood in the 21st century.

Jordan’s smart and funny script doesn’t get all the support it needs from director James M. Wyrwicz, however. Transitions between scenes are blurry and some of the cast, capable as they are, could use a more focused intention to play. On the positive side, the production is to be lauded for diverse casting in a piece that could have ignored race altogether. Mr. Long probably won’t blow your mind, but it will evoke memories of your own adolescence, for better or worse.