Written and Performed by Clayton Raithel; Directed by Rick and Jeff Kuperman
Part of the 2014 New York International Fringe Festival 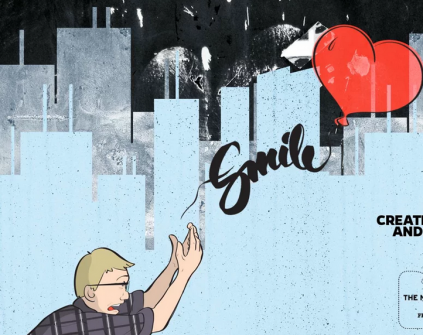 This autobiographical one-man show is written and performed by Clayton Raithel, an improviser, actor and writer now living in New York City. He met his first girlfriend during a college party while dressed up in a diaper. The story traces a few years back, when he was studying at Princeton, and spins from memories on a lost love that later sends him into a downward spiral. The narrative is interspersed with voiceovers, sound effects and funny visual projections.

The piece is a well-written, hour long tale, despite a challenging, gloomy subject matter and depressive plot trajectory. Raithel manages to tell the story in a light-hearted and comedic style. It is about his battle to forget a lover, and the arduous journey out of that mental state of mind. His acting and storytelling is bold and engaging.

With direction by the team of Rick and Jeff Kuperman, the show unfolds seamlessly. The direction is a tightly woven canvas of sound, voices, visuals and lights. The unadorned set and small projection screen is effective, creating a feeling as though we are seating inside the basement of a good friend’s house.

The show’s postcard illustrations, by Jon Lavalley, add a friendly and personal touch. It made the show's poster stands out from the rest of this year's Fringe Festival shows. This is a solo show worth seeing if you are looking for a chill, relaxing evening in Greenwich Village.