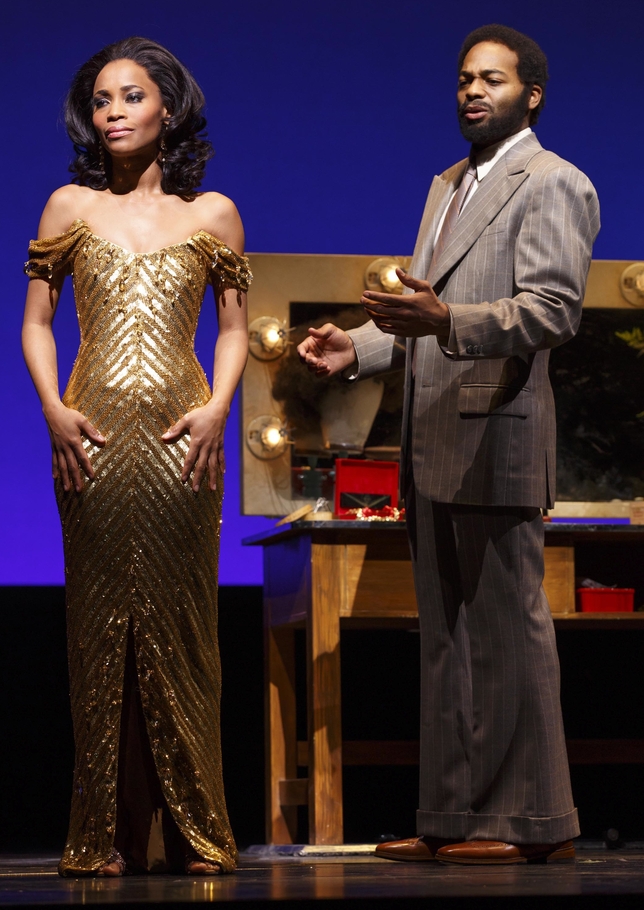 BOTTOM LINE: Lively Motown music gets the crowd going, but this Musical is fatally low on story, plot and playable dialogue.

The best thing I can say about the new Motown: The Musical is that it made me (re)appreciate my love for Motown music. With an unnecessarily excessive 57 (!!) songs featured throughout an unnecessarily excessive running time of 2 hours 45 minutes, no classic is left untouched. "My Girl," "My Guy," "Reach Out (I'll Be There)," "Reach Out and Touch." They're great songs and they're all there. The second best thing I can say about Motown: The Musical is that it’s critic-proof. The fact that it features some of the worst dialogue in recent memory and a plot as thin as rails didn’t stop the audience from hooting, hollering, applauding and dancing in their seats.

The story begins at the 25th anniversary Motown celebration in 1983. The conflict at hand (and I use the word ‘conflict’ very, very, very, very loosely): will Motown founder Berry Gordy (Brandon Victor Dixon) show up to the event? Or will he stay at home, holding a grudge against the stars that left his label after propelling to superstardom? The story then flashes back to 1930, when Gordy was just a little boy, and we follow his journey from the ‘40s-‘70s finding and signing the next big stars. Finally, we arrive back at the Pasadena Civic Auditorium in 1983. Gee, I wonder if Gordy will show up...especially since the Playbill tells us that the last scene takes place at the Pasadena Civic Auditorium.

The central issue with Motown is that its energetic songs and dances ("Dancing in the Streets" is choreographers' Patricia Wilcox and Warren Adams high point) are meaningless, because they lack an interesting or dramatic storyline to support them. Characters like Mary Wells, Marvin Gaye and Gladys Knight waltz in and out without any emotional connection to stakes. In addition to dumbed-down dialogue like “Wait, what is Hitsville Us?” (the character doesn’t know “Us” means “U.S.A.”), Charles Randolph-Wright has seemingly directed the actors via saying “Okay...pretend you’re in a mediocre high school production...GO!” Everyone is over-the-top. Only Valisia LeKae as Diana Ross leaves an impression, and that’s only during an improvised moment with the crowd. It is here that she finally shows true star power, and her off-the-cuff interactions with petrified audience members forced to go onstage were humorous and fresh — the only riveting moment of the evening. Although, I must say, after an embarrassing impersonation of the blind Stevie Wonder, Raymond Luke Jr. adds life to Act Two as young Michael Jackson. His spunk and his natural charisma make you want to see him in better material.

Motown lovers, do yourselves a favor. Instead of heading to the Lunt-Fontanne Theatre, go to Pandora.com and in “Station” type in "Motown." Listen to the real deals, and enjoy. Price of Pandora — Free. Price of Motown: The Musical — $57-142.